International Youth Day 2021: How can we facilitate our future?

Our youth is the most integral generation of this time. This International Youth Day, let's see how we can help them 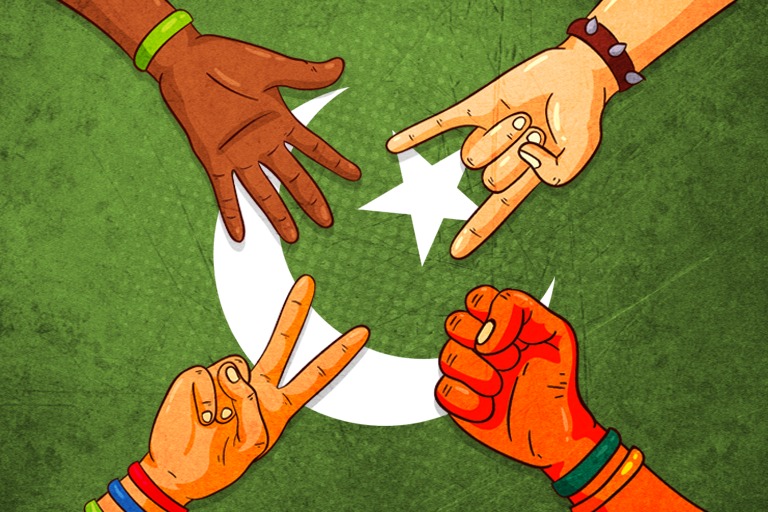 KARACHI: The first International Youth Day was observed on 12th August 2000. It was aimed to create awareness surrounding cultural, social and legal issues that concern the youth. Although most show-runners in our part of the world are men that have crossed their sixties, a country’s progress can be understood better by studying the condition of their youth.

While youth is a subculture within a larger culture, often thought of as a rebellious and immature group of people by most. We are suddenly met with a number of expectations, all at once, as if the world is ending at 30. Everybody has their own pace for getting a hang of a quickly evolving world of ideologies and technologies that surrounds us today.

For instance, the youth of British India during the 1940s was very different from the youth of today, owing to today’s current affairs that envelop the present. Even though a large number of people love to compare how their lives were far more complicated during their youth and how they had to trek through K2 to get to school, the times now are different, and the youth is reacting to their surroundings in their own way, according to their own time.

It is not surprising questions like the following naturally spring up: How can we facilitate the youth? How can we ensure a safer future for our country and even our world? These are only some questions that the generation in charge today asks themselves, usually assuming the answers to which are extremely complicated and not doable.

To break down those answers, following are some key pointers to help equip the youth for a better tomorrow, so when the ball finally is in their court, they put up the best game history has seen as yet.

According to a research by the United Nations Development Program in 2018, Unleashing the potential of a young Pakistan, it was found that 29 out of 100 young people are illiterate and only six per cent have more than 12 years of education. Only 15% of youth have access to the Internet, 52% own a cell phone, 94% do not have access to a library, and 93% lack access to a sports facility.

However, education is an umbrella term. It not only encompasses school and college education, but also the awareness that is required for a person to be aware of their own surroundings. A number of students have had the practice of studying for exams but not learning for their life ahead. This outlook is motivated by the education system too, which heavily places merit simply on grades and how students performed on a test paper.

Education should be facilitation, not a reward.

A number of young people lead their lives worrying about not being accepted for who they are, for what their passions are. They half-heartedly pursue a goal, which is not even their own, just because their own passions are frowned upon. This is a frequent occurrence in desi households where an individual is trying to pursue anything other than STEM fields. These individuals then fashion their whole lives around something they never wanted to do. Let’s break these stereotypes and support their dreams.

Another taboo in our society surrounds unmarried women. A young married woman doing house chores is always preferred over a working unmarried woman. While both these women are doing an incredible job, the former is not only unpaid labour, it is also not a matter of choice for a number of women. It is time we acknowledged the rights of more than half the youth to at least be able to choose for themselves.

Read: 30 and thriving: these women show us how it’s done

In a society like ours, nothing screams taboo more than a person seeking therapy. With a pandemic looming over our heads, a surplus of information on our fingertips every second, global warming, economic crisis, unemployment and many other issues, the youth can easily feel overwhelmed and stressed.

Therapy is a luxury as is, considering how expensive it is. And then the added stigma discourages people from seeking help even more.

We often hear, rarely do we ever talk to listen. In a world that is so fast-paced, it is difficult to share our time with anyone. We get annoyed by details and by slow-paced talkers. However, that inhibits us from getting a true insight into what people are thinking and feeling, and stop ourselves from truly understanding the subject of their statements. We want answers, very quickly.

And by giving responsibility, I do not mean get them hitched and start assuming they’ll magically be responsible as a person after that. That is just you transferring your responsibility elsewhere. To really make them responsible individuals they should be an equal part of the team. Equally valued and respected for their input. Ask them for advice. Allow them to make their decisions while also empowering them enough to stick by them. You can help them out with something they’re doing, but the driving force needs to be their own fuel, powering their actions and decisions.

In our part of the world where enormous pressure is put on seeking permission from elders, our youth often misses out on the ability to learn from their mistakes. It is also considered a taboo in most middle-class families to have their young-adults working at let’s say, Mcdonalds, as a waiter. This enforces a dangerous idea that not only looks down at such professions but also reinforces entitlement as an inherent trait transmitted from one generation to another.
While education is integral for the youth to learn by the book, their own experiences cannot be off the table if we want them to become wiser, more evolved people.

Having a more advanced upcoming generation is a given. However, stress should also be put on making them more empathetic and respectful.

Read: Here’s why Bollywood actors romancing women half their age is not okay

By 2018, 64% of the nation was younger than 30 and 29% of Pakistanis were between the ages of 15 and 29. Pakistan currently has more young people than it has ever had, and this is estimated to continue to increase until the year 2050.
It is essential for Pakistan to bear in mind the 64 percentile of the country and their potential. The youth often feeling detached due to generational gaps between major leaders of the country should be catered to as well, if we are looking forward to a better future as a nation.