On her death anniversary, we’re looking at the remarkable life of Hazrat Khadija 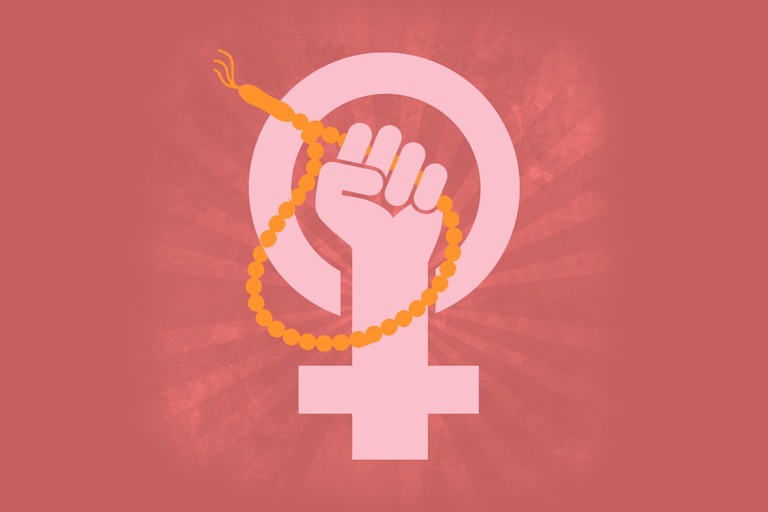 Hazrat Khadija was Prophet Muhammad’s (pbuh) first wife and the first ever Muslim. She also happened to be Islam’s first feminist.

On the 10th of Ramazan, which is her death anniversary, we look at the remarkable ways in which Hazrat Khadija was in fact a feminist.

Hazrat Khadija was a well respected and established businesswoman in a Male-dominated industry. She was the daughter of a successful merchant in their Quraysh tribe of Makkah, and took over the business from him upon his death. The business involved trading goods through the primary commerce centers, from Makkah  to Syria and to Yemen. According to the Huffington Post, Her business was larger than all of the Quraysh trades combined and was well-respected. In fact, she was given the names Ameerat-Quraysh (“Princess of Quraysh”) and al-Tahira (“The Pure One”) due to her reputation.

Some say tradition indicates that a man must ask for a woman’s hand in marriage. What tradition though? Because Hazrat Khadija, a successful and financially independent businesswoman, who had hired the Prophet (pbuh), took matters into her own hands and asked his hand in marriage owing to his virtuous character.

Hazrat Khadija was 15 years older to the Prophet (pbuh) at the time of their marriage. That means he was 25, and she was 40 years old. On the surface, nothing about this marriage was “conventional” but it was an amazing relationship that the Prophet revered. Their marriage was monogamous, meaning he did not marry anyone else until her death 25 years later. Hazrat Muhammad (pbuh) attained prophethood during his marriage to Hazrat Khadija, who was also the first person to accept Islam.