After facing backlash, he has now clarified that he didn't mean to single out any one gender 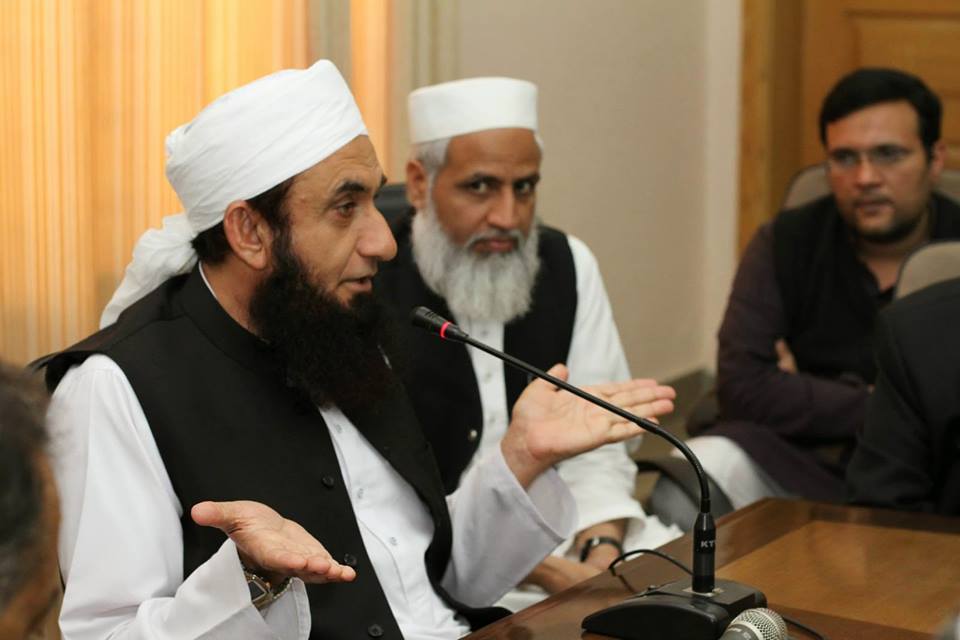 KARACHI: How many instances can one count where a prominent figure said something problematic that hurts women and their standing in society and then realises his mistake and apologises for it? Not many.

Maulana Tariq Jamil just did it. And it’s a huge deal.

To begin with, he went live on a telethon a few days ago and called everyone in the media a ‘liar’ and also implied that ‘immodest women who like to dance’ are somehow responsible for the current pandemic.

Naturally, he got a lot of backlash from activists and journalists who pointed out that such statements are problematic in a country where women routinely get killed for ‘honour’. However, he also got support from a lot of influential celebrities, such as Saba Qamar.

On Tuesday (today), Maulana Tariq Jamil just took to Twitter to apologise for what he said, clarifying that he didn’t mean to target any one specific gender.

Recently I made some comments that I wish to clarify
My aim was to point out that WE are all to blame for our current state. It was meant to be a general remark not targeting any specific men, women, persons or gender, but as a reminder to get closer to what Allah teaches us.

My goal was to remind us all to focus on the spiritual and away from our desires and the materialistic.
I am the first to admit as I have taught over the years, that there is no excuse for making any hurtful comments about anyone or making anyone feel uncomfortable.

For which I sincerely apologize to anyone who may been inadvertently hurt.
I pray that Allah accept our good deeds and forgive our shortcomings.#tariqjamil

This is a step forward towards feminist discourse in Pakistan because an apology such as this one from a revered religious figure like Jamil will reach a lot of ears. We just wish it was on television and in Urdu. Nevertheless, the statement hurt the sentiments of women in the country and it has now been retracted, meaning that there is now some sensitivity regarding how women are talked about in the media or how their outrage is responded to.

However, there are still miles to go and the maulana is far from, well, being a feminist.

A few days ago, another video went viral in which Tariq Jamil was describing the hoors awaiting Muslim men in heaven. That sermon was heavily criticised online for sexualising women (even in heaven). So far, Tariq Jamil has not acknowledged that video yet.