After years of crushing over Jibran, Shumaila's dreams might have been crushed 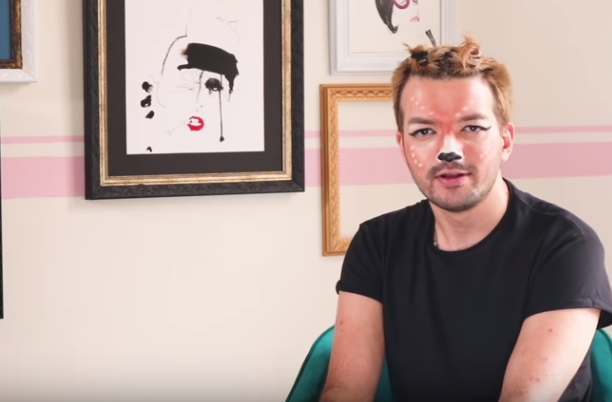 Shumaila Bhatti aka Desi Bombshell is a persona that took the internet by storm a few years ago with her hilarious videos posted on her social media channels. Most of her videos follow a theme of devastation in relationships that women often face. The real mastermind behind the Snapchat filter that is Shumaila Bhatti is Muhammad Moiz who is a comedian, public health specialist and a drag artist.

In an interview last year with Momina’s Mixed Plate (posted to YouTube) Shumaila was seen confessing her love for the civil right’s activist and lawyer Jibran Nasir. In this interview she said that if she pursued Jibran she would “make him the next Prime Minister of Pakistan” and further advertised that if the two were to be together, even a couple like Imran Khan and Jemima would not compare to them. In the interview Shumaila seems to proceed to advertise the possibilities of her relationship with Jibran Nasir before being cut off by the interviewer who tells her to calm down and jokingly saying that “We’re not here to make an ad for Jibran.”

However, bad news struck the poor Shumaila Bhatti when news of Jibran Nasir’s engagement to actress Mansha Pasha surfaced online. Many Shumaila fans began tagging her in videos of the event which then led her to upload a new video in response, explaining her feelings about the situation.

The video titled “Jibran Nasir aur Mansha Pasha ki mangni pey Shumaila Bhatti ki press conference”starts off with the seemingly embarrassed Shumaila hilariously suggesting that she was never interested in Jibran in the first place. She expresses that even though she might have commented on Jibran’s ‘good looks’ doesn’t mean that she’s interested in him.

The video gets progressively funnier when Shumaila explains why her and Jibran wouldn’t make a good match anyway, adding that since she’s an obnoxious, loud-mouth she could get a politician like Jibran into trouble and hence it makes more sense for him to marry someone more sober. “Controversial plus controversial = not good relationship,” she said.

The video concludes with Shumaila preaching self-love and how she will marry herself and how it is a ‘happy relationship, that is long term’ and requests her fans to stop adding her in videos of Mansha and Jibran’s engagement.