While people are praising the singer for the incredible weight loss, others feel that its promoting a narrative that being thinner is equated with being better 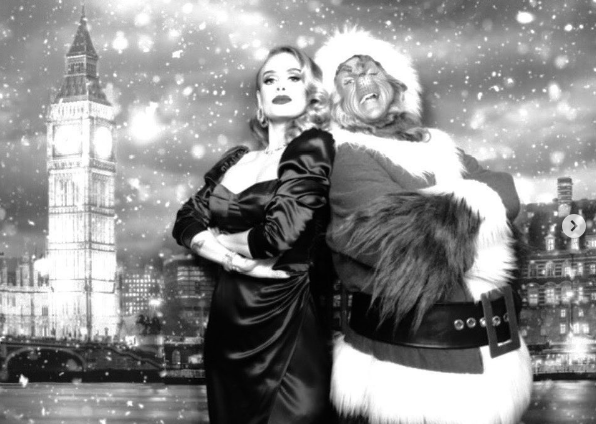 The powerhouse that is Adele, who is famous for her hits Chasing pavements, Hello and Someone Like You among others, recently posted images of herself celebrating Christmas on her Instagram.

We both tried to ruin Christmas but then both our hearts grew! Thank you for coming to my party and making us feel like kids Grinch 💚 Merry Christmas and Happy Holidays everyone x

The images showed a much slimmer Adele posing next to a man dressed as the Grinch and another man dressed as Santa Claus. The singer appears to be almost unrecognisable due to the apparent drop in size. While most of her comments section was flooded with appreciation for her new look with people commenting “Who knew Miss Clause was so damn hot!” to “Body goals!”, others are finding these transformation comments to be problematic and hurtful to those who are bigger in size.

Watch: Hareem Farooq on being body shamed & rising above it

Some have even taken to Twitter to express that comments championing weight loss as an indication of a better version of oneself are ‘fatphobic’.

it is fatphobic to applaud or congratulate adele, who has said nothing publicly about it, for her weight loss. you do not and cannot know her relationship with her body – so it is really loathsome to define her losing weight as a kind of moral, psychological or aesthetic triumph.

The argument here is that weight loss is a personal journey for each person and can range from healthy reasons to dangerous ones. Wherein there is a personal crisis brewing that has led to such weight loss, comments promoting or appreciating it can do more harm than good.

However, some have explained that the singer intentionally lost the weight through exercise.

She literally posted on Instagram about “sweating it out” and hired Jennifer Lawrence’s personal trainer. Glaringly obvious it was an intentional change. She worked, and so we applaud her success in achieving her goal. It’s even more loathsome to project your agenda onto her body

In 2012,  Adele told People, “Even when I was signing a contract, most of the industry knew if anyone ever dared say: ‘Lose weight’ to me, they wouldn’t be working with me.” This suggested that she was content with her size back then and wouldn’t change herself for the industry or try to meet their expectations.

Many users are claiming that her weight-loss is a result of a ‘revenge body’ of sorts following from her recent divorce with her husband  Simon Konecki after being married to him for three years. These assumptions brewed among the minds of her fans after she posted a photo of her much smaller frame on Instagram and captioned it “I used to cry but now I sweat”.

How I killed obesity before it killed me