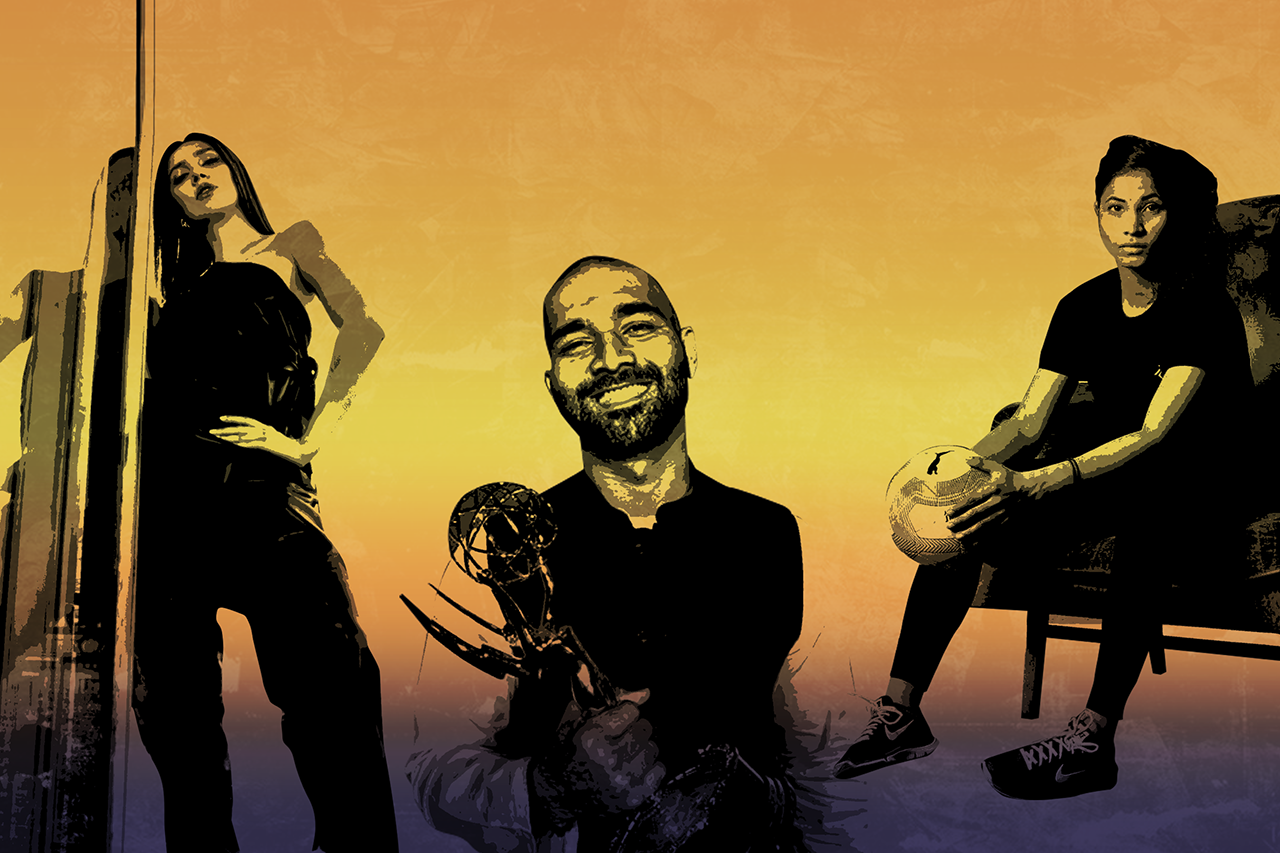 KARACHI: We are a few weeks away from 2020 and people have been recapping how the year 2019 went for them. Unsurprisingly, many are expressing their disappointment to how things went for them this year, suggesting a lack of good luck/news.

BUT DID YOU DIE THO?😂

In an attempt to revive some optimism about 2019, we have taken the liberty to list some of the good things that the year brought for Pakistan. Enjoy!

1. An increase in rights activism

This year was the year of marches for Pakistan. We had the iconic:

– Transgender Pride March: It took place in January, was the first ever march for the transgender community in Pakistan but it means that we are slowly but surely moving towards recognizing LGBTQ rights.

– Aurat March: This was the second Aurat March, the first one happened on Women’s Day in 2018. This year, it took place in March.

– Climate March: It highlighted the worsening climate changes and called on for the government to handle the potential catastrophe.

– Student Solidarity March: It proved that the youth of the country is demanding student rights and protesting the suppression of student unions.

Congratulations to all the students who're taking charge of their future and imagining an alternate, more inclusive, just and equal future.

We were proud to stand in solidarity with the #StudentsSolidarityMarch in Lahore. pic.twitter.com/zAqOj2rKFv

2019 birthed some incredible Pakistani sports stars that went on to achieve international recognition and medals.

– Badminton champion Mahnoor Shahzad won the Annapurna International Badminton Tournament. She also won a bronze medal in the recently concluded Bulgarian International Championship 2019, being the only Pakistani in the entire tournament.

– Karate player Shahida Abbasi from Hazara won one of the total two gold medals for Pakistan at the South Asian Games 2019.

First Pakistani footballer amongst men and women to get signed by a foreign club. I represent 🇵🇰⚽️ #PakistanZindabad @realshoaibmalik pic.twitter.com/sVrDXhrBnn

After a terrorist attack against the Sri Lankan cricket team in Pakistan, international teams had refused to play in the country for safety reasons. This year, due to the efforts by PCB in regaining the trust of international cricket teams, Sri Lanka agreed to play in Pakistan for a two-test match series, allowing test cricket to return back to the country after almost a decade!

4. Pakistani celebrities made it to international fashion weeks

Pakistani actress was awarded the honour of being appointed the role of a National Goodwill Ambassador for UNHCR, the UN Refugee Agency, serving as a symbol of partnership between the people of Pakistan and the international community.

We're delighted to announce that @themahirakhan is our newest Goodwill Ambassador for Pakistan. 👏 pic.twitter.com/SAPjBY7E05

This year, Mehwish Hayat was appointed ambassador to UK based international humanitarian charity, Penny Appeal. She also announced her participation in next year’s London Marathon (2020) to raise funds in aid of Penny Appeal’s international education campaign.

Delighted 2be appointed by the Ministry of Human Rights as Goodwill Ambassador 4 the rights of the girl child. This is something close to me & I look forward to actively raising awareness of the issues to be addressed. Lets give girls the better future they deserve @mohrpakistan pic.twitter.com/8mfApONGEW

9. An expansion of concert culture

This year has brought with it an evident shift towards the world of electronic music. With local artists such as Turhan James and DJ Dossa, to international performers like Clean Bandit, Oceanvs Orientalis, Kill the Buzz and FDVM were all part of the major Solis Festival that took place in November. Pakistani entertainment agency Salt Arts have also been hosting concerts and festivals that enrich artists and provide a platform for them to showcase their talent.

@cleanbandit trippin’ on skies , sippin’ waterfalls. Thank you for making it to Pakistan. #solisfestival #karachi pic.twitter.com/Y5v04Ius6s

Pakistani designer Maheen Khan and Khadijah Shah were among the few designer’s who had the honour of styling the Duchess of Cambridge, Kate Middleton when she visited Pakistan in November this year. The outfits were greatly appreciated by Kate who wrote a thank-you note to both designers.

A Royal thank you note for the ensembles I styled for HRH the Duchess of Cambridge @TheDuchessKate @KensingtonRoyal pic.twitter.com/C13fIwokVH

Pakistani documentary Armed with Faith directed by Asad Faruqi won an Emmy for Outstanding Politics and Government Documentary. The film follows the story of men of the Khyber Pakhtunkhwa Bomb Disposal Unit to the front lines of the war against Al-Qaeda & the Taliban in Pakistan.

12. Nine Pakistanis were included in the Forbes 30 under 30 list

A total of 9 Pakistanis made it to Forbes’ coveted 30 under 30 Asia list. The list includes 5 individual and one company:

Many Congratulations! @lailakasuri for being recognized in #ForbesUnder30 A teacher and a mentor who pushed me to explore a interdisciplinary approach towards climate change and international law. Thoroughly well deserved!https://t.co/00TMLnzteK

Around K-town: A round up of what’s happening in the city this weekend