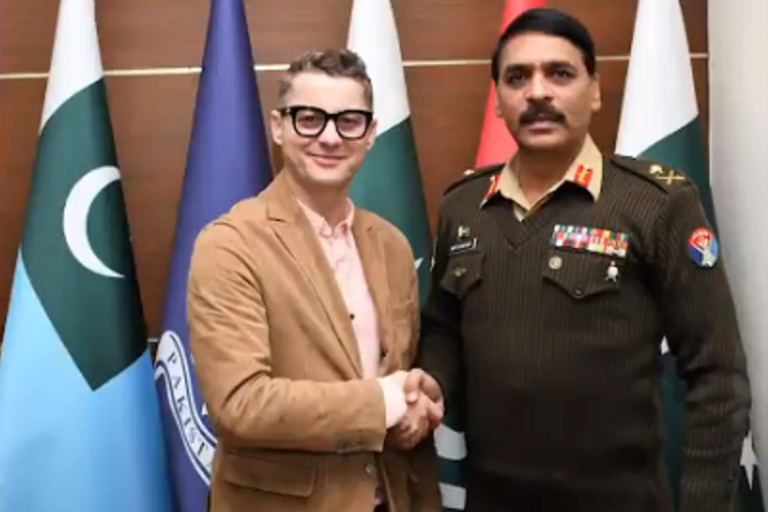 What a night in Lahore ❤️

The singer, known for his hit track That’s My Name that has over 84 million views, had informed of his visit to Pakistan last month via his Twitter account.

Coming to Lahore on 24 Nov and would love to have a fantastic cup of tea with you at Governor House VOK organized by J.H Entertainment thanks to P.M of Pakistan Mr. Imran Khan, Governor Punjab, CM Punjab, Women Development Task Force Punjab Ms. Tanzila Imran Khan@peaceforchange

In his tweet he specified that he wishes to have a “fantastic cup of tea” at the Governor House. DG ISPR was quick to confirm the possibilities of this in response.

Thanks for tagging. Most welcome. A fantastic cup of tea is scheduled in my office.

On Monday, the singer updated his audience on meeting the DG ISPR and alas, having that fantastic cup of tea.

The 34 second compilation video that showcased his meeting showed the two bonding with hugs and the consensus that the tea was in fact, fantastic. Although this seems like an organised dig at Indian Wing Commander Abhinandan Varthaman who famously said “the tea is fantastic” in a video that the Pakistan army released following his capture.

Read: Neelam Muneer says she only did an item song because of ISPR

Whether or not this meeting was planned, we can’t complain about the entertainment that followed on Twitter.

Random goras & East Europeans are minting money out of ISPR’s 5th generation propaganda warfare. Also, there is no “Pakistani” tea. All our tea is imported. https://t.co/b8ap7yUrcE

Do you know this man?
The man promoted Pakistani tea
Tea is fantastic☕ @akcentofficial pic.twitter.com/0eLUJ8181I