The creative designer tweeted that she gets a lot of grief over Elan's prices. We can understand why. 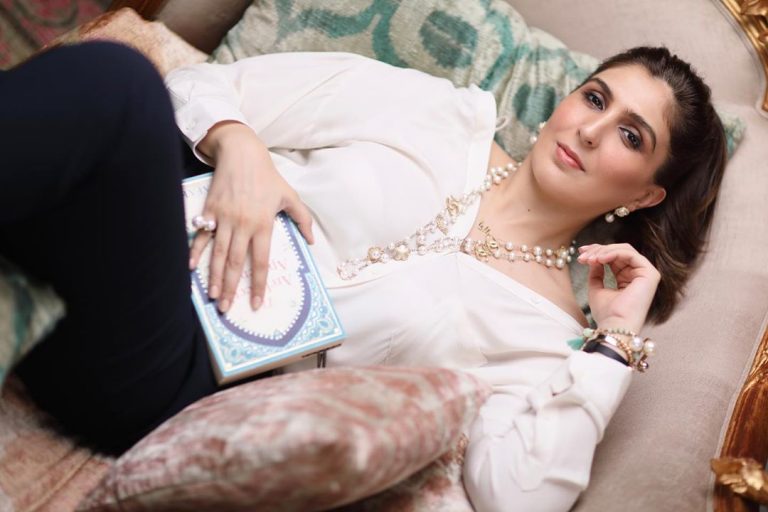 KARACHI: The Creative Designer of the brand Elan recently took to Twitter to justify the brand’s exorbitant pricing and has unsurprisingly received some vitriol. Khadijah Shah, who has apparently heard time and again that Elan is too expensive (with an average bridal jora costing around Rs300,000), shared images of the brand’s newest collection and spoke about how it was reasonably priced at “just between 18-20K”.

So a lot of people following me give me grief for Élan being unaffordable. I thought I’d share our newest collection Tresor with you guys! It’s an unstitched wedding season collection. Beautifully hand embellished and quintessentialy elan priced just between 18-20k pic.twitter.com/5G8cUDNzJ4

Perhaps it’s best to first identify who Shah is speaking to when she says that the brand is affordable. Currently, 24% of the country’s population is living below the poverty line, according to Asian Development Bank’s statistics for 2019. This is referring to a strata of society that obviously cannot dream of buying Elan.

That leads us to our middle class. According to a 2011 publication titled ‘Estimating the middle class in Pakistan,’ Dr Dur-e-Nayab, an economist working with Pakistan Institute of Development Economics (PIDE), claimed that close to 61 million people (about 40% of the population) makes up the middle class. Naturally, this number must have grown in the last eight years.

A story by The News in 2017 claimed that the middle class consists of households that have a minimum monthly income of Rs50,000.

It doesn’t take too many statistics to figure out that an outfit that costs around Rs20,000 is not affordable in a country where the average home is making close to Rs50,000 a month. Also, Shah is talking about unstitched fabric, which means that if one is to get it stitched from a tailor, they’re looking at a higher cost than what Shah is advertising.

That leaves us with the upper class. While Rs20,000 may be reasonably priced for someone that belongs to a wealthier household, these are people who wouldn’t even look at the price tag when buying clothes for themselves; so how does the affordability even become a factor here? If a brand wants to claim affordability, you have to see if it at least applies to the burgeoning middle class of Pakistan.

It’s perfectly alright to cater to the wealthy class. That’s your target audience, every country in the world has brands that cater to different sections of society. But don’t claim to be a brand for the masses.

Recently, Generation came under fire for making it seem as though their stitched ensembles are affordable (they featured a woman, probably a teacher, in one of their ad campaigns. People weren’t impressed as actual teacher salaries range between Rs20,000 and Rs50,000 and the outfit on display would average close to Rs7,000.) but why are brands claiming to be affordable? Is it a marketing strategy or are these brands that removed from reality that they don’t know what average salaries in Pakistan are?