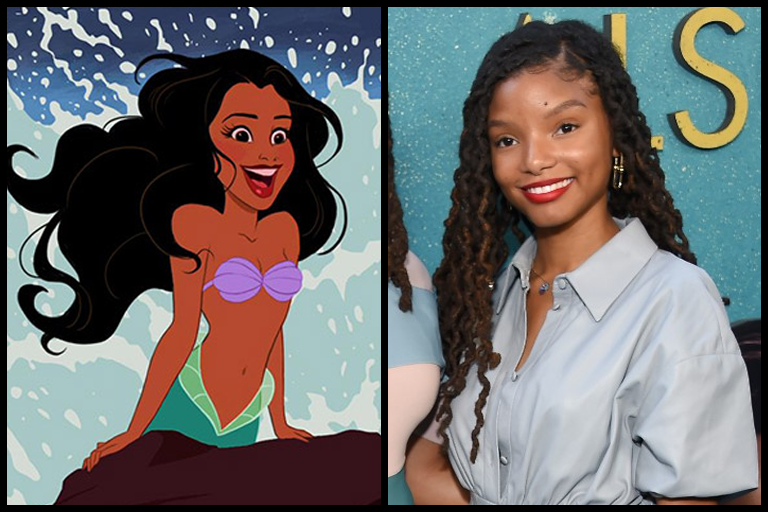 Halle Bailey, a 19-year-old African-American singer and actress, has been cast as Ariel in Disney’s live action remake of The Little Mermaid.

Halle gained attention through her YouTube channel having almost one million subscribers and, along with her elder sister Chloe, was signed to Beyoncé’s label. The duo are often referred to as Queen Bey’s prodigies.

On Wednesday, Disney announced that they would be casting Halle as the next Ariel.  Disney explained that the decision was made after doing extensive research for several months. The director of the film, Rob Marshall, issued a statement suggesting that she stood out from the rest and possessed “intrinsic qualities necessary to play this iconic role,” such as a “rare combination of spirit, heart, youth, innocence and substance.” He further explained that due to her being an R&B singer she has a natural “glorious singing voice.”

The announcement of Halle playing the role of Ariel has established a mixed response with some not being happy with the casting decision while others saying that she would be a perfect fit. Surprisingly, on Sina Weibo  (a Chinese microblogging website) a heated discussion on this matter received around 190 million views with some suggesting that the casting decision embodies a  disruption of the character who, originally in the animated version of the film, appeared as a white princess with red hair and believe that the live version should be someone who represents those characteristics.

Another YouTuber posted a debate on this issue making clear that colour and race do not matter if they are not inherently important to who that character is. In a very well-balanced discussion, the video covered all aspects of whether or not it was accessible to cast Halle as Princess Ariel.

While some are explaining that they can not identify Princess Ariel as a black woman, others are quick in explaining exactly how ludicrous that is.

I don't mind that they cast a black actress to play Arielle in the live action Little Mermaid movie. Partly because I simply give a shit about Disney's live action adaptations. But why is it always the redhead that gets replaced in these things pic.twitter.com/3NbgewhJVR

Can’t believe people are getting mad abt a black girl playing The Little Mermaid. “It’s like casting a white girl to play Mulan!” Bitch, Mulan is Chinese and the movie is set in China. Ariel is half-fish and it’s set under the sea. Mahirap i-prove ang nationality ng fish okay

Miss me with your Racist Bullshit.#MYAriel#LittleMermaid

this is the only Little Mermaid outrage I'll accept from now own bye https://t.co/Piyt0PhMmL

People who have actively expressed that Halle is not an accurate depiction of Ariel state that “they are not racist” but just want the actor to be true to the story’s character’s original roots  that are supposedly Danish. However, it is important to note that the story itself does not mention elements of the characters race as a mermaid is an entirely fictional character that should not be compared to other characters whose ethnicity is evidently mentioned such as Poccahontas and Mulan.

The film is set to start filming in 2020 and celebrities have already taken to Twitter to show their support for the film!

In case you needed a reminder… Halles get it DONE. Congratulations @chloexhalle on this amazing opportunity, we can’t wait to see what you do! #TheLittleMermaid #HalleBailey pic.twitter.com/z0Rik2nxRe