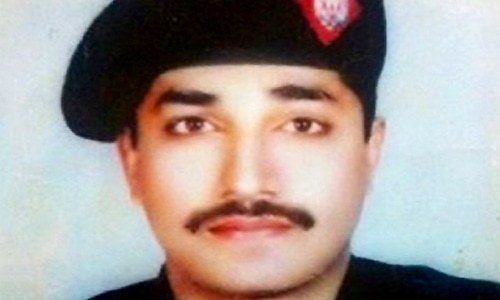 KARACHI: Khizar Hayat, a mentally-ill prisoner on death row, passed away in Lahore on Thursday. He was 56.

Hayat, who was diagnosed with paranoid Schizophrenia, spent 16 years on death row.

On Thursday, he was hospitalised in critical condition after he stopped taking food and medicine, according to Justice Project Pakistan (JPP). “The jail authorities had reported him to be ‘severely anaemic and hypotensive,’ JPP said in a tweet.

Khizar, 56, passed away on the night of March 21 at Jinnah Hospital Lahore.

He was hospitalized in critical condition when he had stopped taking any food or medication. The jail authorities had reported him to be “severely anaemic and hypotensive”. pic.twitter.com/BNDlDg2s97

Read: What is #SaveKhizarHayat all about?

A former police constable, Hayat was convicted in 2001 for killing a fellow policeman and sentenced to death by a trial court two years later.

Two months ago, his case came into prominence when ex-Chief Justice Saqib Nisar suspended his execution warrant. This was the fourth time his execution was put on hold. The push came from a lot of advocacy from civil society, psychiatrists and human rights defenders and a hashtag #SaveKhizerHayat on Twitter had trended. The case along with another was referred to a larger bench of Supreme Court, according to Dawn.

Hayat was diagnosed with paranoid Schizophrenia by jail authorities in 2008.  His mental health record consistently referred to his delusions, psychosis, and his mental illness, and showed that he has been prescribed powerful anti-psychotic medication, according to Justice Project Pakistan on Twitter.