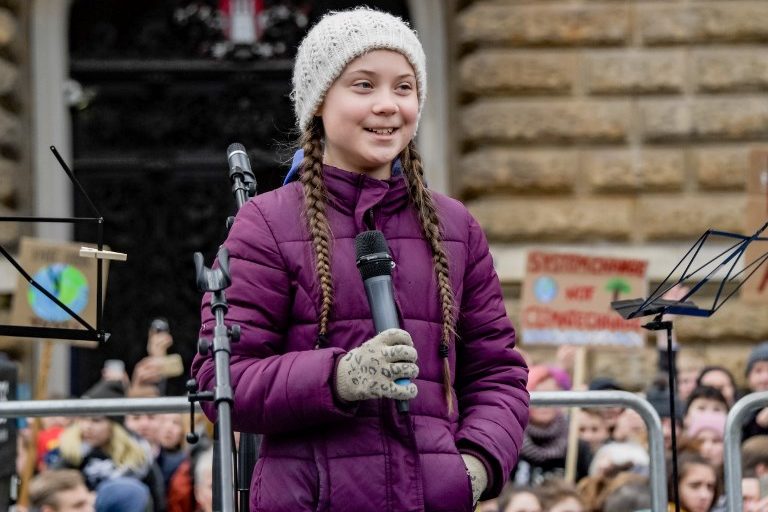 KARACHI: Fifteen-year-old Greta Thunberg, the founder of Youth Strike for Climate Movement, has been nominated for the Nobel Peace Prize.

Honoured and very grateful for this nomination ❤️ https://t.co/axO4CAFXcz

Thunberg has been nominated for the award in lieu of her efforts in mobilising youth for global climate strikes planned to held in more than 105 countries.

In August, she began a solo protest in Sweden inspiring thousands of students around the globe to join her in demanding faster action against climate change. On what was supposed to be a regular school day, Thunberg sat in front of the parliament with a painted sign and some homemade flyers calling for action against climate change, according to The Guardian.  Calling on students from around the world to join the climate strike, the movement got picked by Australia, Germany, Belgium, Germany, Belgium, New Zealand and others.

Strikes are expected to be held on March 15, in 1659 town and cities in 105 countries, involving hundreds and thousands of people. According to media reports, students poured out on the streets of New Zealand, Australia and Sweden in thousands.

“We have proposed Greta Thunberg because if we do nothing to halt climate change it will be the cause of wars, conflict and refugees,” said Norwegian Socialist MP Freddy André Øvstegård, reported The Guardian.

Greta Thumberg joins the list of young Nobel Peace Prize nominees. Five years ago, 17-year-old Malala Yousufzai was awarded the peace prize for her struggles and advocacy for education. She had survived Taliban’s assassination attempt in Swat Valley in Pakistan.