Bebo was not in the mood for a passive aggressive 'Saifu' 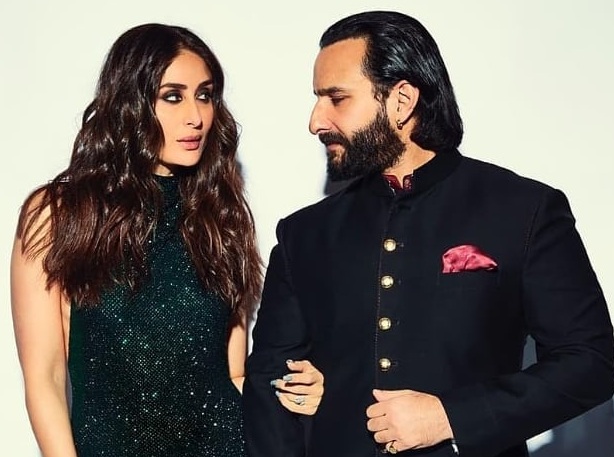 Bollywood superstar Kareena Kapoor was slightly amused when her husband Saif Ali Khan called on her show, asking for a relationship advice for new parents that are struggling with romance in their relationship.

Kapoor hosts a radio show in which she has a segment called “Bebology”, where she answers questions from listeners as if they were in her classroom. Khan called wife Kareena on the show and prefaced his question by saying,”You know how it’s like… once you’ve had a baby, people say that relationships and things change, and wives get like really into the child and the relationship changes slightly or you know she’s busy and doesn’t have much time.”

“Is there any way – this is my question – that a husband can get more attention or make his wife happier post baby? Are there any tips you can give us in this direction?” the Sacred Games actor asked, according to NDTV.

Adding a personal touch to what seemed like a playful husband-wife banter, he said, “All the best, see you at home!”

Watch: A Lifetime of Love

Kareena, who has been married to the Love Aaj Kal actor for seven years, picked up on the passive aggressive hint, and retorted, “Really? Very cheeky of you Saifu to be asking this on national radio but either way, I think I should answer it.”

She went on to add: “As for attention, plan a nice date for her… kahin romantic location pe (somewhere romantic)… you know… without the baby and then see the magic… haan?”

Young Love: 11 things to do on a date besides grabbing dinner

“Anyway, hoping for a nice romantic date from you soon, Saifu. The class is now dismissed,” she added, after dropping a lot of hints everywhere for Taimur’s dad.

Young Love: How to fight fair with your partner

There’s not a lot on the couple’s plate, work-wise. Khan is currently working on the upcoming season of Netflix’s Sacred Games while Kareena Kapoor will next be seen in Good News opposite Akshay Kumar later this year. Looks like the two can use a date night!