On her first death anniversary, we honor the late human rights lawyer and activist 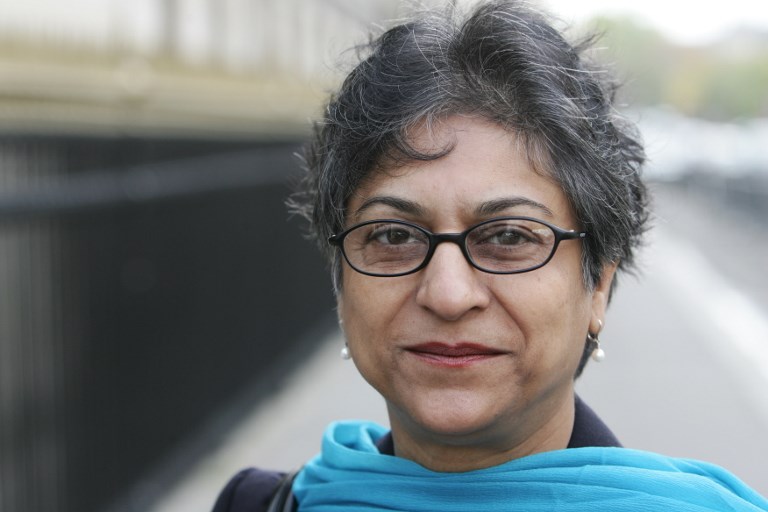 KARACHI: On this day last year, we lost human rights lawyer and activist Asma Jahangir, and for that, we are poorer as a nation.

A defender and champion of human rights, Jahangir had the courage to take the bull by the horns and speak her mind. She fought for those who no one dared speak for: the marginalised, the minorities, women, for the voiceless.

In honour of her memory, we’ve listed out all the times Jahangir dared to take the road less traveled:

1. Standing against sexism and workplace inequality far ahead of time

Jahangir set precedence by taking up cases of vulnerable women and girls. One prominent case was of Safia bibi. In 1983, she fought the case of 13-year-old Safia who was raped by her employer and became pregnant. She was charged with fornication and sentenced to three years of imprisonment, a fine and flogging. The case was successfully overruled on appeal.

She also co-founded Women’s Action Forum in 1981, spoke against sexism and inequality in workplace, starting from her own profession. She also advocated against honor killings and we owe it to her when in 2003, Pakistan women earned the right to marry of their own free will without the approval of a father or a brother as wali.

Read: Remembering all those we lost in 2018′

2.  Fighting for the marginalised, irrespective of class and religion

It is 2019 and talking about blasphemy and minority rights can get you killed. In 1993, an 11-year-old christian boy, Salamat Masih and his uncles were accused of writing blasphemous content on the wall of a mosque near Lahore. Jahangir went ahead and appealed their case in Lahore High Court despite being attacked by a mob, which attacked her car. She was fortunately not in her car at that moment. The high court acquitted Salamat Masih and his uncles in 1995.

Bonded laborers were also brought to courts because of her. According to Dawn, she was often questioned by judges why she brought people “who stank” to courts. “You are here precisely for them, I would respond,” she asserted. It was because of these efforts that the Bonded Labour System (Abolition) Act 1992 came out.

3. Rooting for those who opposed her

Asma Jahangir represented for all, even those who vilified against her, called anti-Pakistan and anti-Muslim. In 2009, Jahangir decided to run for president of the Supreme Court Bar Association. The media did not show any mercy to her and started a campaign against her, showing her off as anti-state and anti-Islam. Many years down the road the same media used her as a counsel of representation before the Supreme Court. She also rose to defend MQM’s leader Altaf Hussain’s right to freedom of speech when Pemra put a ban on broadcasting his speeches.

She never shied from defending and uplifting even those who spoke against her.

Jahangir fought many cases of missing persons/ enforced disappearances as a result of which many also returned to their families. Renowned author and columnist Mohammad Hanif shared a memory of her in one of her visits to Balochistan where she was surrounded by men, listening to their complaints whilst smoking a beerri. “She is like a pir who has come to a village where everyone has a long wish list. For the young and old Baloch lawyers she is an intimate friend and they want to spend every second with her,” said Hanif in an article in Dawn.

On her first death anniversary, while Pakistanis feel her presence is still very much needed, she is being remembered in high regard by people from different spheres of life:

As the oppression of the state increases on a daily basis, let us not forget #AsmaJahangir's legacy of consistently speaking truth to power. Let us honour her memory by trying to emulate her courage and clarity of purpose against all odds.

she was powerful,
not because she wasn’t scared
but because she went on so strongly,
despite the fear.
we miss you Asma jahangir sahiba😢
All of the world salutes you
we are proud of you
جیو تو ایسے@MunizaeJahangir #AsmaJahangir pic.twitter.com/1DkjbOwLrI

Even some of those people are honoring #AsmaJahangir who stand indifferent to or against all that she stood for. No harm in that, and speaks volumes of her stature, but it's quite ironic at the same time. #ReleasePTMActivists

People all over Pakistan miss Asma Jahangir in their struggle against the dark forces of oppression & authoritarianism. Her legacy of democratic struggle is the light that will show the path. #AsmaJahangir