#Januhairy: Women are growing out their body hair to promote body positivity

Men, to no one's surprise, aren't too happy about this hairy situation 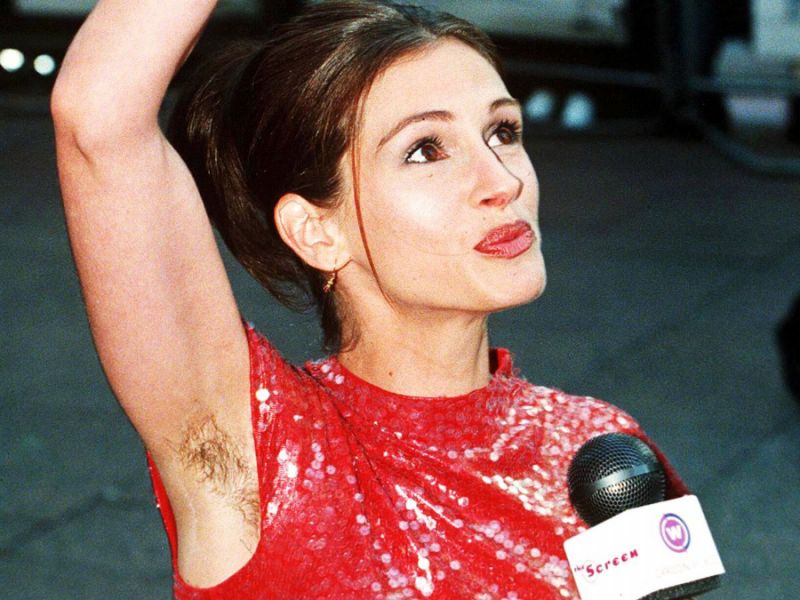 KARACHI: The fact that women – much like men and all mammals – have body hair is considered a taboo worldwide. They are often made to feel “too masculine” if they choose to grow it out, which is why many ads promote hair-removing products by using women who have no body hair to begin with. This behaviour has led to the creation of a movement called Januhairy – a campaign that encourages women to grow their body hair out for the entire month.

Read:The 7 stages of getting waxed

Exeter University student Laura Jackson from the UK, who created the campaign and aims to raise money for a body positivity project, said, “The acceptance of body hair on women is unfortunately still a predicament. We are displayed in the media as feeling ‘confident’ when our legs are smooth, eyebrows plucked, armpits waxed. Society seems to be behaving as if the natural hair we grow on our bodies is unattractive and distasteful.”

She started growing her body hair back in May 2018 and after a few weeks, felt more liberated and confident. Jackson told The Independent, “It really opened my eyes to the taboo of body hair on a woman. I realised that there is still so much more for us to do to be able to accept one another fully and truly. Then I thought of Januhairy and thought I would try it out.”

JANUHAIRY is an experiment for women to grow out their body hair during January to raise money for the charity Body Gossip!

If you want to support Januhairy then retweet this to get as many people as possible involved in the Januhairy project!

While many women are now lending their support and growing their body hair too, some men seemed to be “grossed” out by the idea, adding that they find such women very “unattractive”. This has led to a Twitter battle.

All the men banging on about #januhairy and saying they'd dump their "missus" if they let their body hair grow……f**k off. If they want to let it grow, whether for charity or not….that's entirely their choice…..it's their bodies.

I don’t know about you but I’m deeply suspicious of men who prefer women to look like pre pubescent girls in the ladygarden area. #Januhairy

Most people find #januhairy images shocking, but the really shocking thing is that this is how women actually look. #Januhairy is a true representation of the female form, whereas shaven is a con-deception-untruth regarding the biological actuality of women. The con is shocking.

I feel repulsedby the whole #januhairy thing. Obviously women can do as they please in todays world and rightly so. But hairy women is VERY unattractive and im sure 99% of men will agree.

Here's part of a comic I made about reclaiming female body hair last year. I haven't shaved my legs for well over a year now because I fucking hate shaving and no one should have to do anything they hate just because it makes other people feel comfortable. #Januhairy #BodyHair pic.twitter.com/Tz7CXncn65

Wow, lots of grumpy fellows here on Twitter seem to be somewhat scared/unsettled by natural hair growth on a woman. All I have to say is, 1) women owe us nothing, and 2) if you like the ladies to be as smooth as an 9-year-old maybe you should have a word with yourself? #Januhairy

It's all well and good the lasses taking part in #januhairy but it'll be their poor men folk left rodding the drains and unclogging the plug holes when they shave it all off in February.

If people were as outraged about HOMELESSNESS as they are about pubic hair, the world would be a more compassionate and better place!!!! #Januhairy

No, it's only boys that prefer hairless girls.
Men prefer women.
Women have hair in lots of places & very beautiful it is too.
I like to be helpful.#Januhairy

I can’t wait for all the men who find #Januhairy ‘repulsive’ to discover that women also have anuses which they poop from, pussies that bleed and damn fine mouths that they can kill you with

#januhairy is not for me…But the amount of men projecting their insecurities all over the hashtag is telling. You miss the point!! Women can do exactly what they want with their own bodies. Who cares if you find it attractive or not?! We are not here to make you feel okay.

Apparently #januhairy is now a thing! I stopped shaving my armpits a few years ago and the world didn’t stop turning, my husband didn’t stop fancying me, I don’t smell and it made no difference to my life apart from the fact that I like having hairy armpits! pic.twitter.com/SI0goeCxaE

This #Januhairy may be a good thing for the planet. If most women adopt it we will see a massive drop in the birth rate. #yuck 😝

While women in Saudi Arabia are risking their life and liberty by removing their veils, it is your true bravery in not shaving for a whole four weeks that I find truly inspiring. #smashthepatriarchy

OK, embracing #Januhairy today. Going for a swim and refusing to shave. Partly for feminism reasons and partly because it's actually painful shaving then immediately immersing yourself in chlorinated water.

I guess #Januhairy is a thing? I am one hairy bitch and love it

Find it hilarious when people think they've won an argument about #Januhairy by pointing out 'the hypocrisy' of still plucking eyebrows. The face plays by its own rules, I don't put gold sparkly eyeshadow on my knees either mate, what's your point?