On Stuttering Awareness Day, we speak to the founders of Stammer Circle 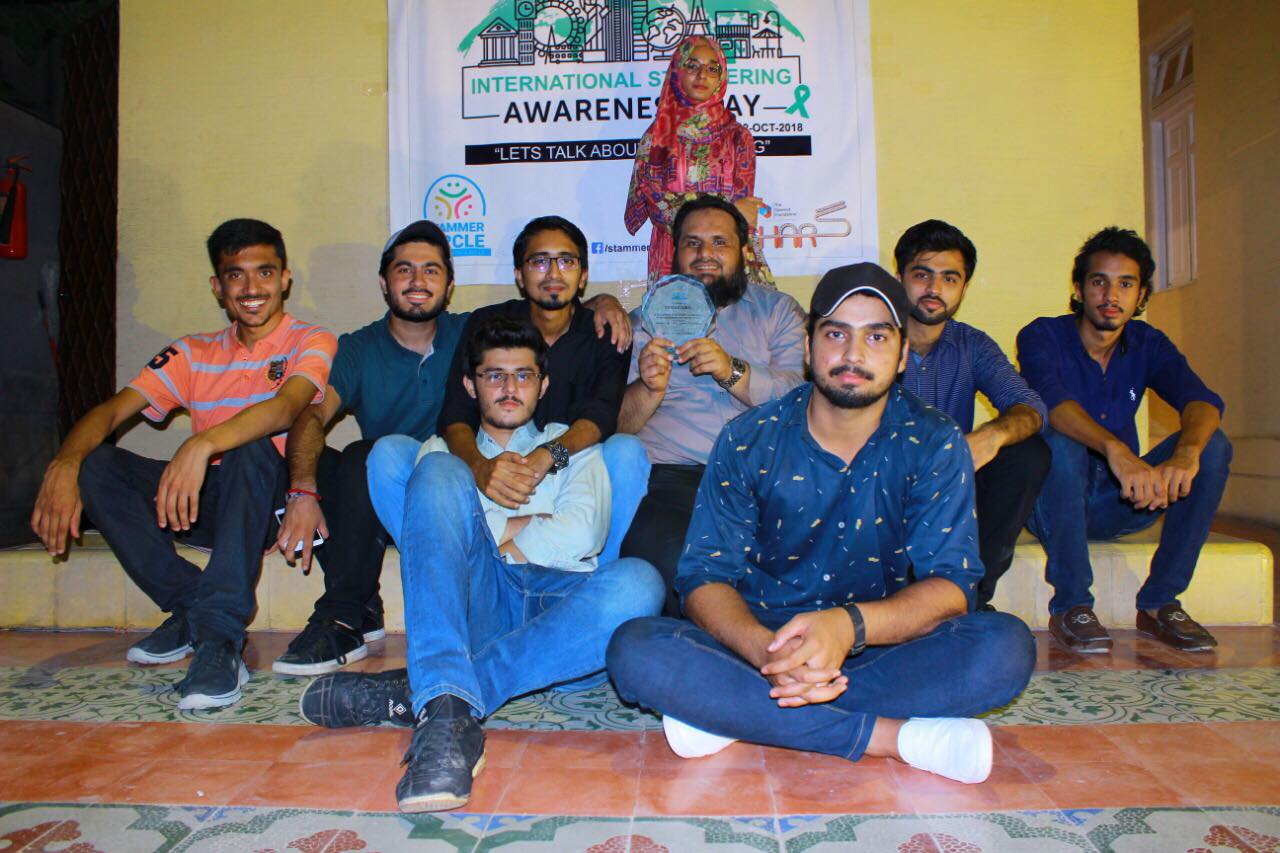 KARACHI: It took Hassan Shabbir, a resident of Karachi, 18 months to secure a job.

“I applied at various places, sometimes even for positions I was overqualified for,” he says.

“I was told the same thing over and over again, ‘You have a small problem’. My response: ‘It’s a huge problem’,” he recalls, laughingly.

He has had a stutter ever since he was a kid, and, according to him, the cruelest thing the world could do was give him hope that his stutter would fade away with time.

“My stammering increased and got even more severe as I grew older,” says the 26-year-old accountant.

Read: Celebrities are finally speaking up about mental health and we’re listening

Although his colleagues at his current workplace are very cooperative, the impact of others’ attitude still haunts him, leaving him to wonder when people will finally accept stutterers as normal human beings.

Shabbir, along with a ‘fellow stutterer’ Shiraz Iqbal formed Stammer Circle, a Karachi-based support group for the stutter community.

Shiraz, 33, was working in the United Arab Emirates where he found a stammer club that helped him gain confidence and garner support. “When I came back to Karachi, I thought of organising a similar group in the city. We created this club in January and now have around 20 members. We aim to grow stronger and make this a nationwide circle,” he told Cutacut.

Opening up about his struggle over the years, Shiraz, who works at a digital marketing agency, says he once had to give over 75 interviews before securing a job. Although he has the support of his colleagues, Shiraz thinks his community is still discriminated against.

“We are never given promotions because of our speech and doing the same job without incentives or improvement makes me feel very demotivated,” he says. He recounts how even at school and college, teachers would often join classmates in making fun of him.

Both Hassan and Shiraz have a similar message for society and the world at large: Be patient while we talk.

“People need to be patient and listen to us while we try to talk. They need to know that stammering happens and sometimes it doesn’t. While we struggle, we need emotional support,” says Shiraz.

Hassan says that family has an important role to play in the life of a person who stutters. “If anyone has a stammerer in their family, they should tell them to relax and calm down. Don’t force them to speak rapidly and in a flow,” he says.

The Stammer Circle organised an event at TDF Ghar in Karachi on Sunday, where members shared their stories and journey with attendees. “The group has helped us immensely as we try to support each other in building confidence,” Hassan said, while speaking at the event.

Moiz speaks up on injustice against trans community