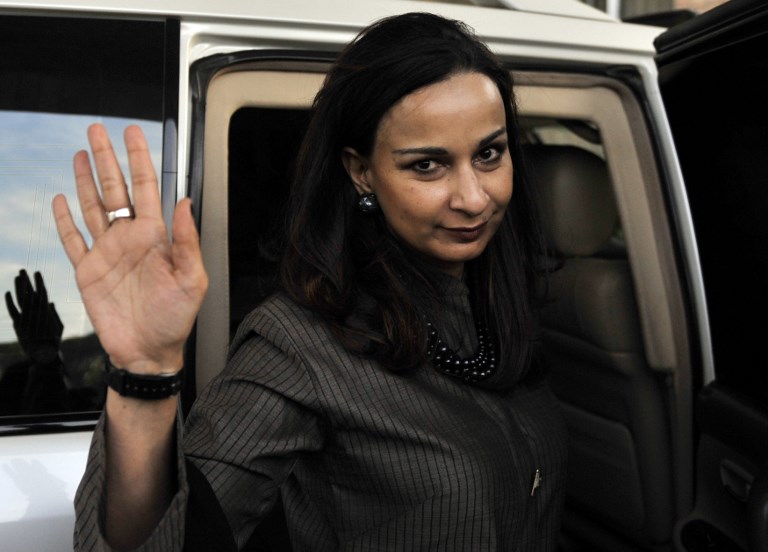 KARACHI:  An upcoming report by a Pakistani advocacy group aims to highlight the glaring sexism women in politics are subjected to online and explore gender-specific behaviours on social media.

While there is still time for the complete report to be released, lawyer Nighat Dad, who heads Digital Rights Foundation (DRF), took to Twitter to share an infographic of the report on the recently-concluded general elections in Pakistan.

Data for the infographic was collected by going over nearly a million Facebook comments between the months of January and July this year to see what words are associated with women in politics as opposed to men.

According to the findings, common words used for women are “cute”, “sexy”, “beautiful”, and “yummy” among others, whereas common words used for men are “hero”, “legend”, “leader”, “hope” and “power”. It is clear that women are at the receiving end of superficial, unsolicited and inappropriate comments relating to their physical appearance whereas men are applauded for their achievements.

Further, the graphic also shows that female politicians are more likely to be abused on Facebook as opposed to men. The most common ‘abusive’  words used for men are “chor”, “corrupt” and “jhoota”; whereas for women, the choice of curse words are a lot more explicit and of a sexual nature.

Read: This app will tell you all you need to know about online harassment and how to report it

While Pakistani women politicians are 'sexy' 'cute' & beautiful' in FB comments whereas male politicians can be a 'lion' 'thief' & 'hero'. From our upcoming data-driven report on #PakElections2018: how women politicians experience political campaigning online. Watch this space! pic.twitter.com/3BMcVcIF9l

While the report won’t be released for another couple of weeks, Dad reveals DRF will be releasing glimpses such as the aforementioned chart in the coming days.

Speaking to Cutacut, Ray Serrato, a governance and innovation expert with Democracy Reporting International, who has been working with DRF and is mainly responsible for data analysis of the report, revealed how the data for the chart was generated. “Facebook comments on women come from the pages of 40 women politicians. We initially created a list of 70 women politicians and cross referenced it with the ECP list, but then removed accounts where there were no posts after January 2018. In total, we retrieved 10,455 posts from 40 women politicians or candidates, and the 200 top ranked comments for each post, for a total of 234,644 comments. We are doing an analysis of that and will only show final results in the report,” he revealed. Serrato also shared that they’ve extracted over 800,000 comments for high-profile male politicians such as Imran khan, Shehbaz Sharif and Bilawal Bhutto-Zardari.