Natasha Baig finally gets her moment in the spotlight

After a spectacular Coke Studio debut with Shikwa/Jawab-e-Shikwa, Baig gears up for the expectations that lay ahead of her 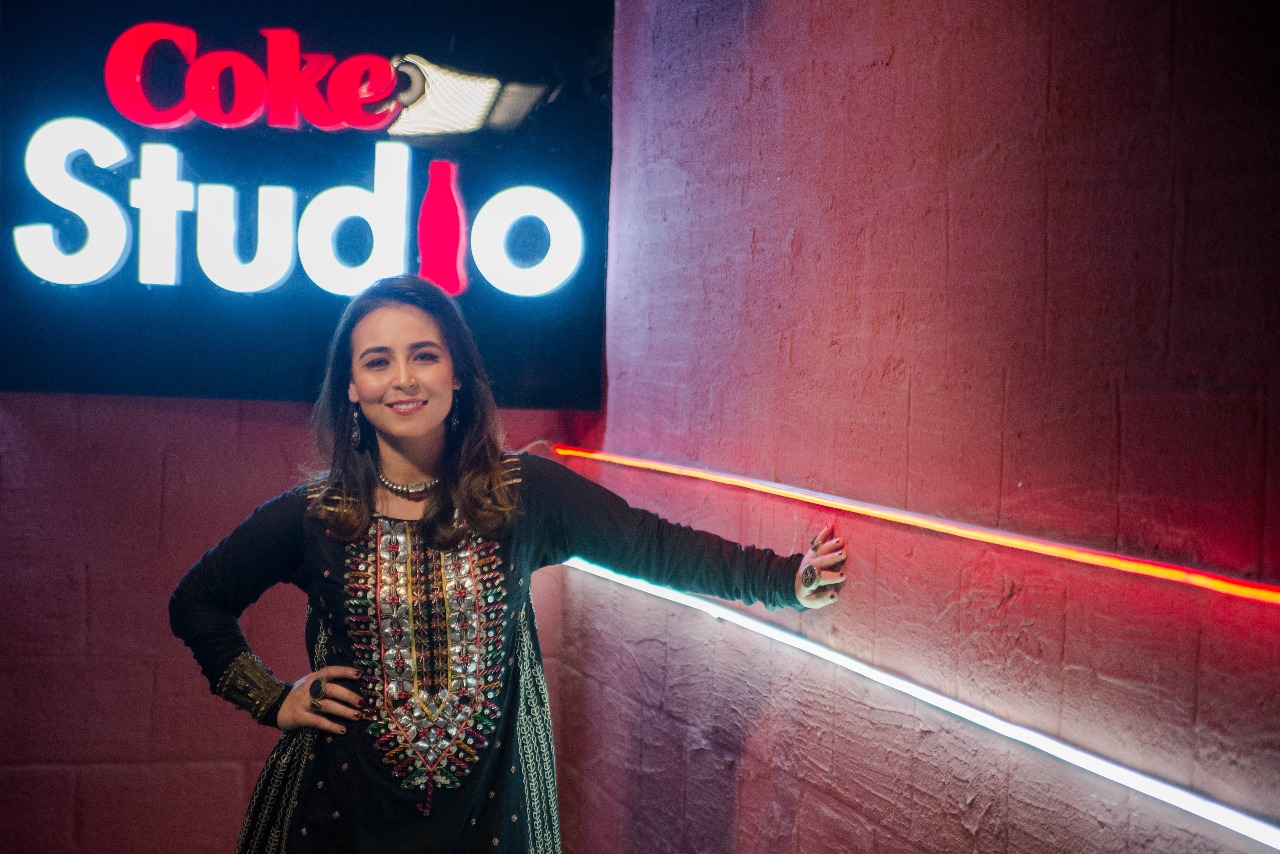 KARACHI: Natasha Baig is on everyone’s radar ever since Coke Studio 11‘s first episode came out with it’s rendition of Allama Iqbal’s Shikwa/Jawab-e-Shikwa. The song has been trending on number 1 on YouTube in Pakistan and has amassed over 3 million views already. Appreciation has been pouring in from all parts of the country and even beyond.

Naturally, Natasha is extremely thrilled with the attention she’s getting. She has even been compared to the legendary Abida Parveen, a comparison she feels embarassed by. “Kahan mein aur kahan Abida jee, I’m nowhere near,” she laughs. Initially, Natasha was afraid of the reaction the song would receive. “Thirteen minutes long, difficult language, fusing two genres together, the religious angle – I wasn’t sure how people would receive it. But thankfully, all I’ve gotten is love in return.”

For starters, her social media has exploded. “My twitter has become so active. Earlier, I would be swatting flies on the app but now I’m getting so many messages everywhere! I’m trying my best to see and reply to each and every show of appreciation coming my way.”

Natasha is also aware that a hit Coke Studio appearance means being brought into the mainstream automatically. “I have to hand it to Coke Studio, they really make a musician’s career. And I feel the pressure as well because when you’ve delivered something that becomes a hit, naturally the expectations are much higher. People ask, what’s next, and if it isn’t as brilliant as the thing that propelled you to stardom, people are quick to tear you down too.”

Thank you @coke_studio and everyone!! It really means the world to me, I have been so nervous all this time and i am so glad to receive such an overwhleming response and everyone who is comparing me to Abida jee, Thank you so much but please i am nothing compared to her and one can only aspire to be quarter of what she is and has achieved 🙂 Thank you @alihamzamusic and @zohaibkazi for believing in me throughout the #cokestudio11 journey. Love you all!!

Along with the pressure to perform, there is also the added pressure of not saying the wrong thing on social media or otherwise. Does Natasha find herself being more careful with her words now? “I usually don’t censor my thoughts. I just say whatever comes to my mind. I’m an emotional person but I know that I need to control my emotions when I’m speaking because emotional people are at the risk of appearing foolish.”

Amongst other things, Natasha is very vocal about animal rights and usually dedicates her online presence in raising her voice against animal cruelty. But one of the areas where most Pakistani celebs go wrong is while talking about feminism and women’s rights, a question that Natasha might have to prepare herself for. “Nobody has ever asked me my thoughts on feminism before but look, I myself don’t know whether I’m a feminist or not simply because my knowledge of the movement at this point is a little limited. There are so many definitions around and they all are so different from each other so I need to study this a little before making any statements. But yes, I am a feminist if feminism is about women empowerment because that’s something that matters to me.”

Natasha speaks of her struggle to become Hunza’s first commercial female singer.”It was my lifelong dream to become a singer and I had to listen to and endure so much abuse to get this opportunity. Now the same people who would hurl abuses my way for wanting to be a singer and “disgracing” the community call me “the pride of Hunza” and shower me with love and respect whenever I visit. I take credit for introducing music as a viable career option for girls in Hunza. Back then, no girl ever came forward with her musical ambitions, now I see so many aspiring musicians from Hunza, I don’t know about other things but I know I brought about this change.”

It’s a long and promising journey from this point forward, but Natasha isn’t thinking about the future. For now, she’s soaking in this moment and enjoying every minute of it.