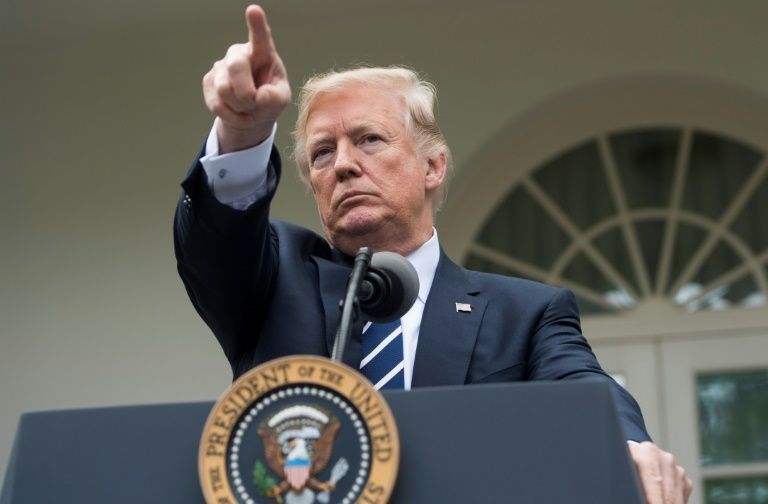 KARACHI: The United States has announced that it will now have a sixth branch of its armed forces, the United States Space Force, as it now wants to seek peace in the domain of space.

“In every domain, America will always seek peace. But history proves that peace only comes through strength. And in the realm of outer space, the United States Space Force will be that strength,” US Vice President Mike Pence was quoted as saying by the US Department of Defense on Friday.

The announcement comes in the wake of a research process directed by US President Donald Trump to “establish a space force as the sixth branch of the armed forces”.

The American Vice President said that the head of the state had already mentioned in his inaugural speech the need to have another branch of the armed forces. Trump had declared that the United States stands ‘at the birth of a new millennium, ready to unlock the mysteries of space’.

But who will this space force protect and serve? Pence and Trump are after Russia, China and North Korea, who they allege are taking weapons to outer space. “For many years, nations from Russia and China to North Korea and Iran have pursued weapons to jam, blind and disable our navigation and communications satellites via electronic attacks from the ground,” Pence said. “But recently, our adversaries have been working to bring new weapons of war into space itself,” he added.

The United States already have the pre-requisites of starting such a program in space, the Vice President claims. “To be clear: the Space Force will not be built from scratch, because the men and women who run and protect our nation’s space programs today are already the best in the world,” Pence said.

“Across this department and our intelligence agencies, there are literally tens of thousands of military personnel, civilians and contractors operating and supporting our space systems — and together, they are the eyes and ears of America’s warfighters around the globe,” he added.

Further, the United States will also build another institute named US Space Command which will have the task of “establishing unified command and controlling for our Space Force operations, ensuring integration across the military, and developing the space warfighting doctrine, tactics, techniques, and procedures of the future” according to Pence.

This is reminiscent of the Cold War when the former USSR (Russia) and the Unites States pursued space supremacy and competed against each other. Let’s see how this race unfolds this time.