Did you know that Bollywood copied PPP’s ‘Dilla Teer Bijja’? 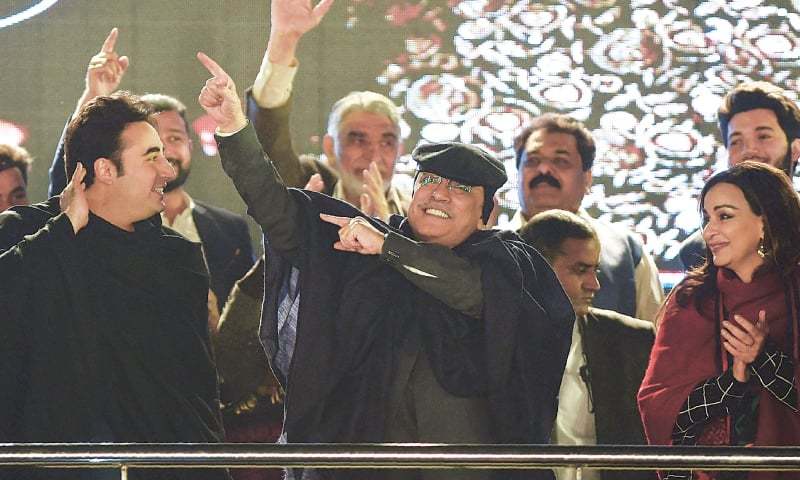 KARACHI: A video clip with a Bollywood song featuring Amitabh Bachchan has gone viral on social media with Pakistanis saying that they have been misled their whole life because it seems that a beloved political song ‘Dilla Teer Bija’ was copied from our neighbours in India.

But to our relief and surprise, we did some digging and discovered that Bollywood’s the one who copied Pakistan Peoples Party’s (PPP) anthem and not the other way around. Here’s how we can prove it: the PPP anthem, made by a famous Pakistani composer, Zahoor Khan Zeibi, was released a few years before the Bollywood version.

The Bollywood version, titled ‘Mai Na Jhoot Bolun’ was released in 1991 by R.D Burman and featured in film Indrajeet.

The PPP song, on the other hand, released in 1987 and since then has remained a hit in the country. Zahoor once said that music was his first love and the Bhuttos were his second. Perhaps that is why his composed melody was such a hit!

Initially, people assumed that our whole lives have been a lie

But then, it dawned upon the Twitteratis:

@BBhuttoZardari All those thinking, PPP copied their song from a bollywood then its not the case. "Dila Teer Bija" was first time sung in the year 1987 by Shabana Noshi (a Baloch singer) when Mohtarma Shaheed Benazir Bhutto was campaigning her first ever election in Pakistan

Speaking of political songs, Muttahida Qaumi Movement (MQM) famous title ‘Saathi’ also became very famous. Here’s the history of the song: MQM’s ‘Saathi’ is a copy of ‘Lehrata Samundar’, a Pakistani song that was was featured in Waheed Murad’s Samundar in 1968.

Here is the original song:

Posted by The Times of Karachi on Friday, September 15, 2017