Sushmita Sen claps back at trolls 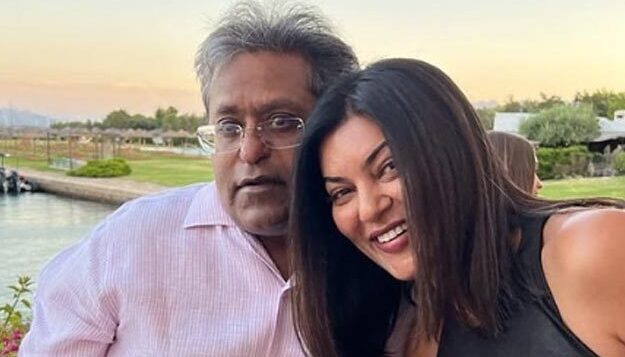 KARACHI: Over the years, if there is one thing that Sushmita Sen has maintained, it is her privacy. Which is why when Indian business man Lalit Modi took to social media to share pictures of him and Sushmita Sen and announced they were dating, it left people surprised. Once the shock wore off, trolls began to express their unsolicited opinions about the relationship. From mocking the age difference to accusing Sen of being a gold digger, they all served as reminders as to why Sen kept her life so private. However, the actor has decided to hit back at trolls who are accusing her for being in it for the money.

It all began when Lalit Modi shared (now deleted) pictures of himself on vacation with Sushmita Sen and wrote a a vague caption to accompany it. Many fans were quick to assume that the couple had tied the knot and clarifications had to be given that they were just dating.

Many fans were shocked at the coupling for a number of reasons. Some pointed out that Lalit Modi was a good ten years older than Sushmita Sen and other more crass comments mocked their physical differences.

Lalit Modi is dating #SushmitaSen? That’s the second time he is going out of his league.

Some trolls took to social media to remind others that Lalit had some legal trouble during his time in the BCCI and had exiled himself to London.

But perhaps the worst of the comments were from people claiming that the former Miss Universe was only in the relationship for the money (not withstanding that she has had a very successful career over the years).

But it seems as though Sushmita Sen is not having any of it! The actor took to social media to clap back at all the trolls accusing her of being a gold digger and wrote, “I dig deeper than Gold…and I’ve always (famously) preferred Diamonds! And yes I still buy them myself!!!”

She went on to say that it is, “Heartbreaking to see just how miserable & unhappy the world around us is becoming….The so called intellectuals with their idiosyncrasies….the ignorant with their cheap & at times funny gossip.”

However, Sushmita Sen ended her post reassuring her fans that she will not let the gossip get to her and she is more than okay, “I love the all heart support my well wishers & loved ones continue to extend. Please know, your Sush is ABSOLUTELY fine.. cause I’ve never lived on the transient borrowed light of approval & applause. I am the Sun….perfectly centred in my being & my conscience!!”