The release date for the much awaited movie was shared by the stars on social media. 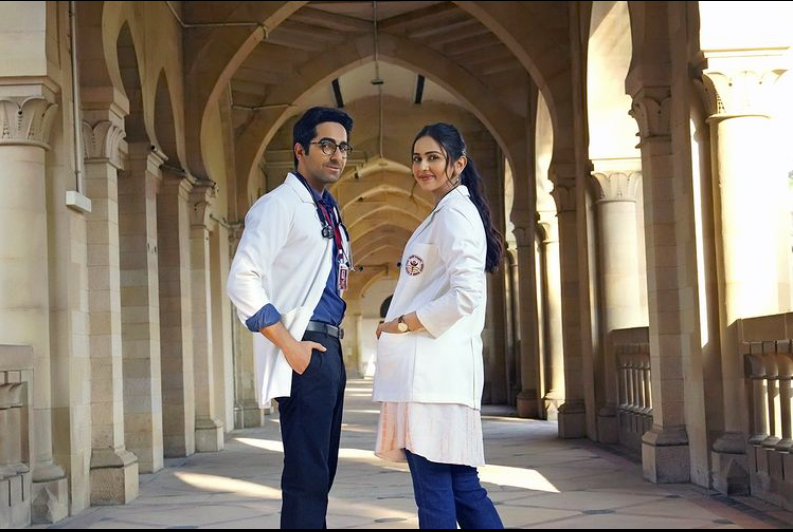 KARACHI: As the world starts to go back to the pre-pandemic normal, fans are ecstatic to see their favorite actors back on the big screen while actors are glad to have their movies playing in cinemas. That goes for Ayushmann Khurrana fans who have been anxiously waiting for news about the release of his new movie, Doctor G. Junglee Pictures, the leading force behind the movie, announced the release date on social media earlier today.

The post, which was also shared by the two female leads in the film, Rakul Preet and Shefali Shah, stated that the movie is all set to release on 17th June next year. “Get ready to book your appointment for 17th June 2022 at a Cinema near you. #DoctorG releasing on 17th June 2022 in theatres.” Very few details have been released about the comedy drama movie but one thing for certain is that the actors will be playing doctors in the movie, and to be more precise, they will be playing gynecologists.

Earlier this year, Ayushmann Khurrana  shared a first look from his new movie on Instagram. Donning on a lab coat, a pair of glasses and a book on gynecology the actor captioned the picture as, “Doctor G taiyyar ho kar nikle hain. Ab hogi shooting (The doctor is out after getting ready and now the shooting will begin).”

The actor had also shared a picture while working on the set of the movie. The actor is seen sporting a mask and he wrote, “This is the third film I’ll be shooting in the pandemic. But summers will be tough. One of the best scripts I’ve ever read.” Rakul Preet will be playing the role of  Dr Fatima in the new movie and talking about the experience she said, ” The journey of becoming Doctor Fatima was an amazing process which I will cherish forever.”

The movie is backed by Junglee Pictures who are known for blockbuster hits such as Dil Dhadakne Do and Bareilly Ki Barfi.