'He has faced violence too, patriarchy has touched him wrongly too' narrates actor in a video 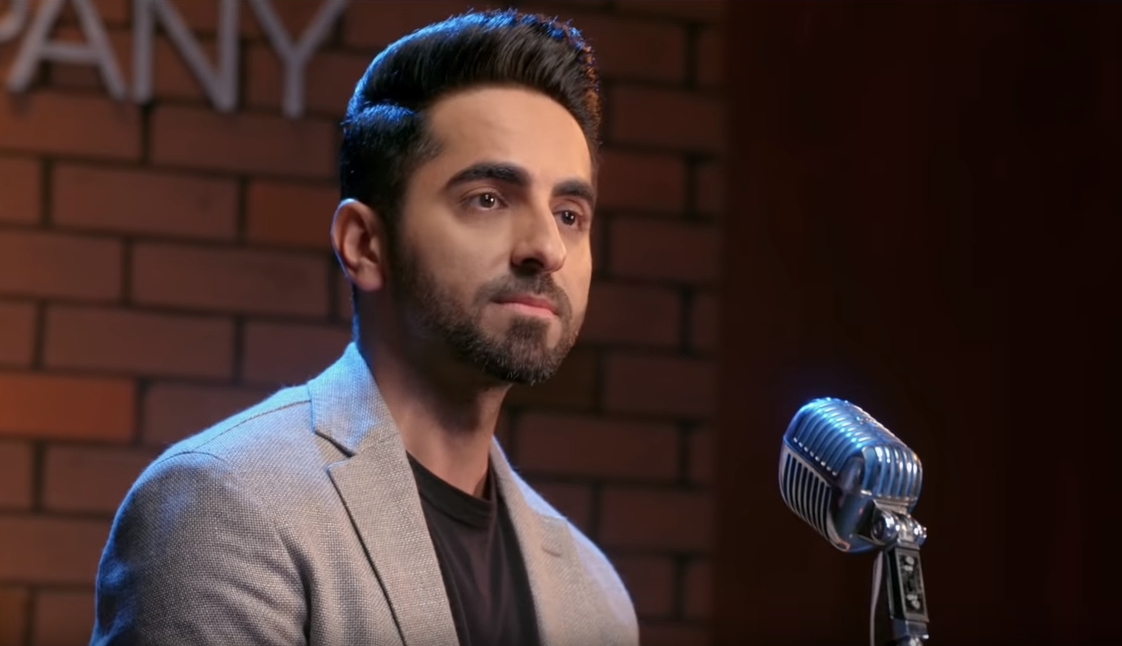 KARACHI: Ayushman Khurrana just featured in a video made by The Man Company, a brand that produces grooming products for men and the video is slowly becoming viral online.

The video was shared via social media on Monday and it basically shows Khurrana delivering a monologue, written by the critically acclaimed Article 15 writer, Gaurav Solanki.  The entire script is read out by Khurrana, who skillfully conveys each subtle argument in the most emotive and impactful way. The aim of the video is to address the fact that patriarchy harms men as much as it harms women. The stereotypes men have to adhere to (be strong, don’t cry, don’t show your emotions) are becoming taxing and it’s time we did away with them.

The video, titled “Gentleman kise kehte hai?”  happens to answer exactly that question. The video starts off with comments that instruct a man to not be weak, to be “macho”, to always be a woman’s hero, to be the bread-winner, to be devoid of tears and crying. Ayushmann directly counters these comments by saying that he doesn’t want to be a hero rather he wants to be someone who is allowed to cry, to sing, to save (someone) when he’s able to save them and to be a man who necessarily doesn’t know how to tie a tie but can cook well, a man who doesn’t discriminate based on someone’s class, caste or sexuality.

The video further talks about how men have also faced violence similar to women and they are also victims of patriarchy. Furthermore, the script powerfully points out that a man can be just as overwhelmed or stressed as a woman because at the end of the day, they also have a heart that weighs 300 grams, the same as women.

Read: Jami shares painful details in first interview since revealing he was raped

The video concludes with the saying “Jis ko dard hota hai, woh hi mard hota hai“, pointing out the need for men to accept their natural feelings rather than being forced to ignore them simply to appear strong. Ayushmann ends with this: “Let me tell you, you are the most powerful as long as there lives a gentleman in you.”

The Man Company has produced a significantly relevant video to tackle gender stereotypes in lieu of the upcoming International Men’s Day on the 19th of November. In a study done in 2013 by the British organisation, Mental Health Foundation, the study concluded that 6,233 suicides were recorded in the UK for people aged 15 and older. Of these, 78% were male and 22% were female. In this case, discourse relating to men’s mental health is equally as important as that for women. When it comes to gender stereotypes, men are commonly taught from a very young age that they must condition themselves to be strong, to not cry and to heavily ignore emotions that are considered feminine.

Gender stereotypes are a tool used to enable individuals to float along the conveyor belt of conformity. The underlying social expectations that stagnate people’s minds can lead to (more often than not) other harmful effects. The pressure that gender stereotypes enforce upon both men and women can be unbearable and it can lead to mental illnesses, such as depression and anxiety. Often times, it is incorrectly assumed that only women face mental health issues, while men and their mental issues are largely ignored.

Read: This Danish Ali video shows how patriarchy is toxic for men too