The ceremony held in Dubai on October 28 celebrated Pakistani, Indian and Arab artists 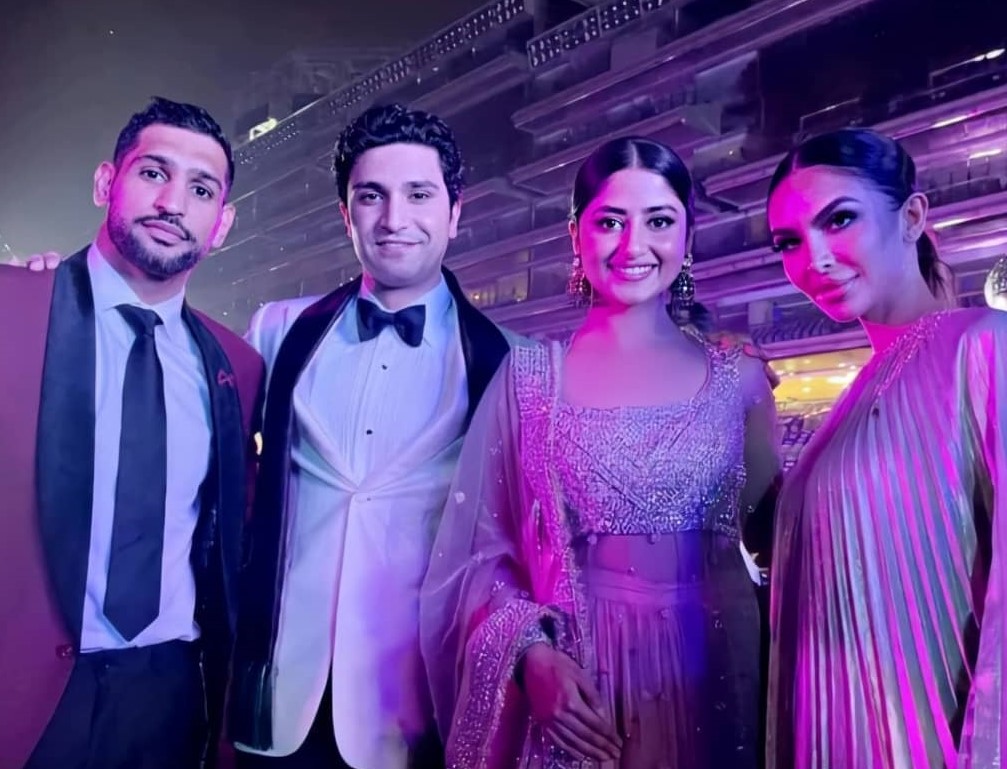 KARACHI: Filmfare Middle East awards were held in Dubai on Thursday, October 28 and celebrated film artists from Pakistan, India and Arab. To prove that art transcends borders and unites people regardless of their religion, ethnicity and nationality, the Filmfare Middle East Achievers Night 2021 celebrated winners from all three countries and recognised artists for their contribution towards their local film industry. A number of Pakistani actors were in attendance at the ceremony including Sajal Aly, Ahad Raza Mir, Sheheryar Munawar, Maya Ali, Faysal Qureshi, Mahira Khan, Aijaz Aslam, Ayesha Omar and Javed Sheikh. 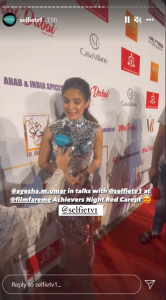 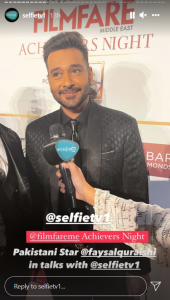 A-list Bollywood celebrities like Kajol, Nawazuddin Siddiqui, Sonu Nigam and Vivek Oberoi were also spotted at the awards. The night allowed for Pakistani and Indian artists to get together and appreciate each others work, proving yet again how art can be a uniting force for otherwise two very different nations. Sajal Aly and Ahad Raza Mir were seen posing alongside Nawazuddin Siddiqui and also shared a moment with British-Pakistani boxer Amir Khan and his wife, Faryal Makhdoom.

The celebrity couple also took home one trophy each as Ahad Raza Mir was recognised as the Best Actor of New Generation and Sajal Aly was awarded Outstanding Performance of the Year. Amongst other Pakistani artists to make it to the list of winners at the Filmfare Middle East Achievers Night 2021 were Mahira Khan and Sheheryar Munawar who received awards for Superstar of Pakistani Cinema and Best Debutante Filmmaker (Pakistan) respectively.

Maya Ali was also recognised for her contribution towards Pakistani cinema and made it to the list of winners at the Filmfare Middle East awards 2021.