The first-ever article I wrote for Cutacut was on suic*de. Coincidentally, or perhaps by some divine plan, our paths diverge on a similar note, only this time I am writing about my own tendencies. 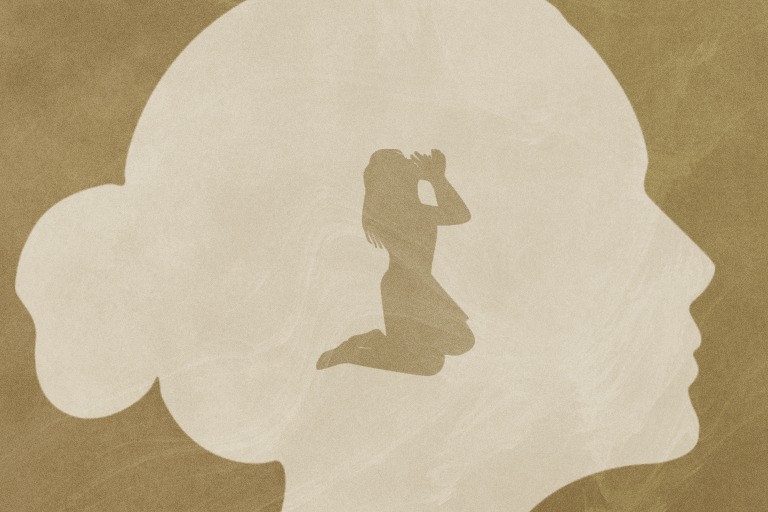 KARACHI: Did my hands shake when I called the therapist? No. It felt ritualistic, even though I had not done it before. I was supposed (read: expected) to do it. My mum made those calls when I was 19. Those therapy sessions were 6 years ago. As I got older, the correspondence would switch to messaging – something that I could “conveniently” ignore. Calls are more upfront, in your face. No escape. Lesser time to come up with excuses for yourself. You stutter because honesty escapes out of your lips before you can formulate a lie. The truth? It is bare, upfront, minimal. Absolute. Kind of why it feels like a bandaid ripping off. Whether it is honesty with oneself or someone else, the process is just as sudden. Deciding I needed help with my mental health took a while, but when I did decide it, my skin was still just as exposed, taking in the air after the bandaid had covered it for weeks. It needed time to breathe. I needed time to breathe.

***Please note that the following recount is about my suicidal tendencies. It may cause distress among certain readers, in which case discretion is advised***

“You need to enforce therapy on Hareem,” someone told a person close to me. I felt deprived of agency. Like I’m so null and void as an individual because of my mental health that I now need another person to control what I do about it. I wanted to talk back. Show them it was not their place. I didn’t though. What I did instead was call up a friend crying, a call he missed, but responded quickly via WhatsApp realizing it was a red alert situation. “Ajaun uthaney ghar say?” (should I come to pick you up?) As if I had not yet been completely broken, I had a burst of tears till the point that my visibility went close to none, and reading messages became a challenge. Took a shower, needed that pampering and headed out to have chai with him. When I met him, it was as though I hadn’t been crying five minutes ago. I was joking, I was laughing, fighting to pay for both of us, and talking about the most random things. Looking back at that day at times scares me. I could easily step out of my melancholia into this whole other being that was just, well, okay. Normal. Nay, neurotypical. This being wanted to live. I wanted to be this being, and only her. But the being that would envelop me in her comforting embrace was different. She numbed me to the point that I avoided texting anyone to inform them of the fact that she had settled in. She kept me from breaking down. She knew if I faced a friend I’d fall apart. She was the escape. What from? Emotions.

One thing that stuck with me from that chai meetup experience was that I didn’t have to explain my condition or justify it at any point. I wasn’t forced into addressing what had just happened a while back. I had the condition. I just did. I wish I didn’t. But there were times when I could not imagine myself without it. There was ample interference from people who wouldn’t ask twice if I was holding up nicely, however, therapy was something I was expected to take – more for them than myself. In a suppressed cocoon I built around myself and my tendencies, the rarity of cracking my way out was a struggle I would have to prepare myself to partake. And each time I did explode out of my shell, the enforcement towards therapy and a general outlook towards a Hareem who was suicidal, from the people who surrounded me would cave me back in. Am I justifying not taking therapy? Absolutely not. I have taken therapy, as a matter of fact. That was how I found out I had this problem. Up until then, I thought I was simply influenced by media. I have however only taken it so I could behave “normally” around people. That I wouldn’t suddenly go quiet in a public gathering and do things that contradict a neurotypical perception of human behavior such as having tears stream down my face as I struggled to not think about the painkillers that made me sleepy or the sharpest knife that hung by the kitchen counter.

My office majorly has women, to my ease. I have come to understand that women are generally more emotionally mature (duh) and even without having the very condition themselves, can still manage to get an insight into how extreme your emotions can get. So for my next job, I am once more switching to a place with women leading from the front. Women: more exposed to the human side of humans. Unafraid and understanding of breakdowns. Unfortunately for me, I had started functioning on repression. I had to avoid breaking down. I could not be called crazy. I shouldn’t.

Breakdowns, however, come with my field of work and I  have always been allowed to have those too. By women. Is it because they are weak enough to simply give in to their emotions? Or are they simply exposed to their emotional intelligence more? It will always be the latter for me. They have a bigger spectrum of emotions. That spectrum helps them gauge whatever it is that is going on with the other person. They interpret. Reminds me of this memory I’d always hold of my managing editor dear. In one of my episodes, I had continued to stare at my screen blankly for an hour. I glued my eyes – nay, my whole being to that screen so I don’t stand up and head to the kitchen. I didn’t have to explain how I was feeling to her. I just told her what I was doing – literally nothing. “Take an off,” she said in a heartbeat. “This is what is important for you right now. Take this weekend to unwind. If you need to keep yourself busy that is okay too. But if you need to rest, take a break.” I replay her words in my head each time I get short of breath after my suicidal tendencies are triggered. Each time I’d hear about yet another person dying of suicide or killed, I’d always come back to how fragile it all was. How the vigil would go out in a single breath. It was in those situations that the Chai Dhaba incident and my boss’ pep talk would come back to me with a protective embrace.

I would love to list down why I have what I have, and how I ended up here. My background. However, I am not here to justify my condition. People must realize that people with suicidal tendencies do not have to also be people with extreme PTSD to have the condition. Anyone could have it, and while glamourizing it is problematic, normalizing discourse around the mental health issue is imperative. Anyone with my condition should be able to exist without having to justify it. To prove it. To me, justifying this condition would mean I am trying to make it okay, accepted. It is not okay and I must heal. So I do what I must. Fall apart. I haven’t been allowing myself to do that. I am escaping. When all I could do is simply allow myself to see myself for what I have been repressing. Should I still call the therapist? I should. So I dial the number.

“Hello, may I know who’s speaking?”

“Hello. I’m Hareem. I heard about you from an acquaintance. Wanted to know how much you charge per therapy session?”

“5000 Rs per hour,” they replied, effectively complicating once more what I had uncomplicated all this time. Only this time, I knew better to unravel my emotions and fall apart if need be. I put my phone away readying myself to justify why I didn’t take therapy yet again and answer all those, “but you spend thousands on dresses, shoes, and purses?”

A post shared by This Is Jane Project (@thisisjaneproject)