In a heartfelt performance for Defence Day, Atif Aslam expresses what it is like to lay down your life for your country. 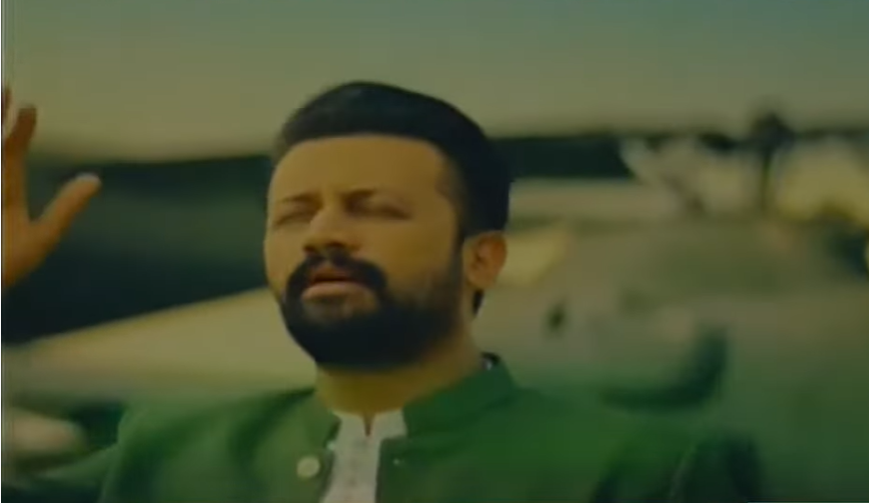 KARACHI: A ceremony commemorating Pakistan’s Defence Day was held at GHQ Islamabad on September 6th. The day has been notable in reminding citizens, as always, about the sacrifices our forces have been making for Pakistan to ensure its citizens remain safe. However, that is not all. The forces have also begun to help with infrastructure, so much so that a number of media projects are now released under their banner as well. These projects primarily comprise stories pertaining to patriotism, sacrifice, valor, and courage. The ceremony was no different. Atif Aslam was invited to the Defence Day celebrations to add the charm of his voice to the occasion.

In his collaboration with Ameer Gilani for Defence Day, Atif Aslam breathes life into the uncertainty that surrounds a soldier’s life. They may have a spouse to return to, friends to enjoy with, and parents in their old age who need support. However, they choose their homeland before it all. The music is both soothing and intense. The visuals accurately sit with what is being sung. It is heartwarming until it is heartbreaking. Scenes from war are a common feature of the video and depict the turmoil and tension at the border. There isn’t much time to think, hence the decision to fight for the country, putting everything behind is made on a prior basis, as soon as a soldier enlists in the army.

Both Atif Aslam, and Ameer Gilani do a stellar job with their performance and are perhaps one of the highlights from the entire ceremony.

5 patriotic songs to listen to this Defence Day