Song lyrics that make no sense, at all

No matter how hard you try to make sense of the lyrics, you'll realize you just can't! 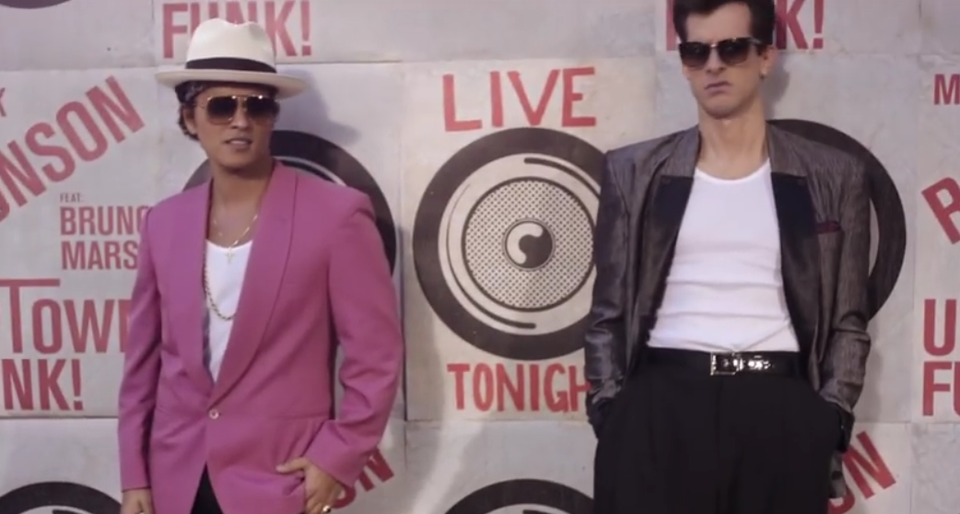 ‘Lose Yourself’ by Eminem is a cult classic and no matter how many years go by, most of us will be able to rap along the first verse at the very least.  However, as great as a rapper as Eminem may be, he isn’t necessarily the best lyricist out there. Point in case:

I will never really understand why mom’s spaghetti was randomly thrown into this sentence.

We weren’t joking when we said Eminem isn’t the best with writing lyrics and here’s another example:

‘Now you get to watch her leave out the window, guess that’s why they call it window pane.’

The wordplay is genius but it really doesn’t make sense.

All throughout 2014, all we did was jam to ‘Uptown Funk’. The song was fun to listen to and got us moving in no time and who doesn’t love Bruno Mars? But if you really focus on the song lyrics, you’ll realize they don’t seem to make sense. They’re mostly just random phrases thrown into a sentence. For example:

‘This hit, that ice cold Michelle Pfeiffer, that white gold.’

Despite the fact that all three things have no correlation and the lyrics don’t make sense, we’re not mad. The song is still our jam for the next decade!

It seems as though Bruno Mars is a repeat offender when it comes to coming up with lyrics that don’t make the most amount of sense and this time we go back to 2010 with ‘Grenade’. Bruno Mars, with his soulful and heartbroken voice, croons:

“‘hould have known you was trouble from the first kiss, had your eyes wide open. Why were they open?’

For a split second, you can’t help but feel offended on Bruno Mars’ behalf. I mean, how could she?! But wait. The only way he could have known her eyes were open was if his were open too. Why were they open Bruno?

Taylor Swift is one of the most diverse artists out there. Her songs range from fun and playful to deep and full of meaning. But there’s one song lyric that just doesn’t make sense and its from one of her early hits ‘Our Song’:

‘When we’re on the phone and you talk real slow, ’cause it’s late and your mama don’t know.’

If I had to guess I would assume Swift meant to say low instead of slow. But this one lyrics ruins the entire picture Swift painted up until this point in the song.

Ariana Grande is known to mumble her way through her songs but it turns out she might also be winging it when it comes to coming up with lyrics that make sense. ‘Break Free’ is a perfect example:

‘I only want to die alive. Never by the hands of a broken heart.’

There is so much that’s wrong with the line we don’t even know where to begin. But it turns out Grande knows that the lyrics don’t make sense and she really did try to cut them out of the song but they still managed to stay on.

We’re saving the best for last. This song has, not one but two terrible song lyrics that make absolutely no sense. The first one is:

‘My heart is bound to beat right out my untrimmed chest.’

Sometimes I wish I never read the song lyrics because now whenever I hear the song I can’t get the picture of Pat Monahan’s hairy chest out of my head. As if that wasn’t bad enough, the song went on to add this line:

Anyone who calls themselves “so gangsta and so thug” is by no means gangsta or thug.