Haseen Dillruba and what went wrong with the movie

The movie began on such a high note and then came tumbling down. 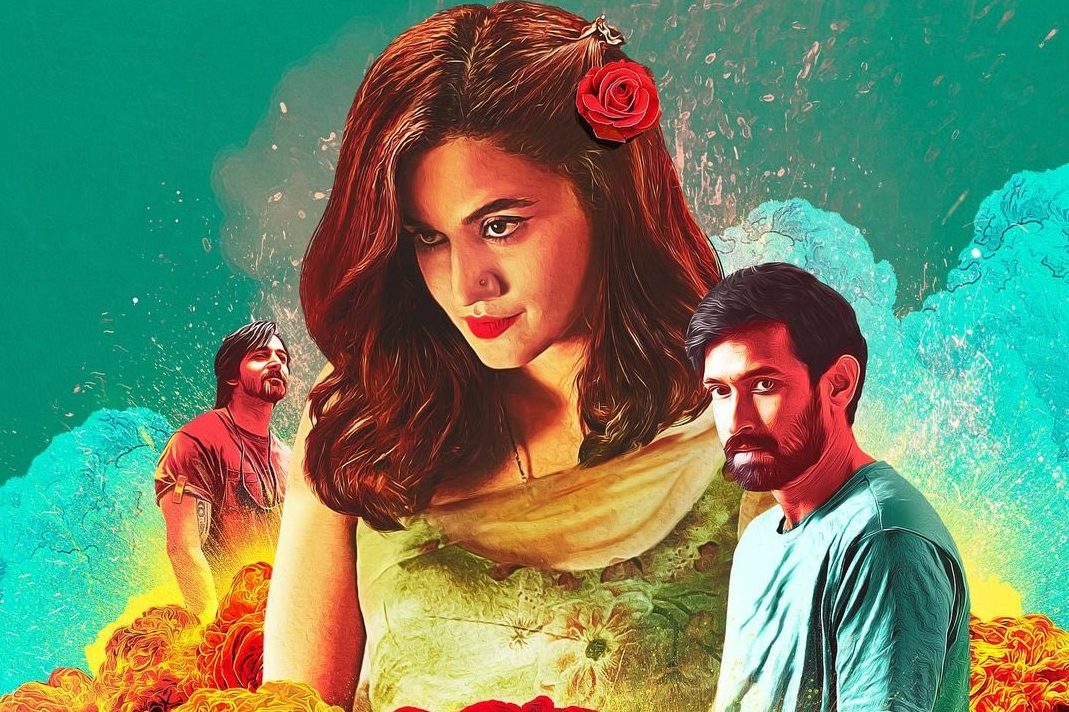 KARACHI: I’ll be the first to admit that I’m not a huge fan of Bollywood movies and so it took a bit of convincing for me to actually watch Haseen Dillruba. Much to my surprise, I found myself thoroughly enjoying the movie, hooked on the mystery and emotionally invested and rooting for the characters. However, by the second half of the movie, all my praises turned into regret. The question that arises is what went so intrinsically wrong that the movie came tumbling down? Here’s a walk-through of the good and the bad and everything in between.

The movie begins with a mystery. There’s been a homicide and the wife (Rani) is the main suspect. The body is burnt beyond recognition but the only thing left behind is a hand with the wife’s name tattooed on it, a haunting reminder of love that turned into hate. And so begins the story of Rishu and Rani, two people who are poles apart but are brought together through an arranged marriage. Rani, played by Taapsee Pannu, is a city girl who enjoys reading crime novels and has lived an exciting life. Rishu, played by Vikrant Massey, is a small-town boy who falls in love way too quickly. The two have no business being together but that’s the beauty of arranged marriages.

What ensues is a hilarious adjustment period for the vivacious Rani and the subdued Rishu. The two are obviously attracted to each other but for some reason or the other, they just can’t seem to consummate their marriage. Both get terrible advice that leads to more disaster which includes poor Rishu’s mother getting scandalized and his father getting makeovers upon makeovers. However, soon the lack of chemistry gets to the couple and they begin to drift apart. Rishu gets an ego wound and Rani begins to question why she got married into such a different life altogether.

And so in comes trouble. Rishu’s cousin comes to stay with the family. Neel, played by Harshvardhan Rane, is everything that Rani wanted in a husband. He’s good looking, he’s buff and he manages to sweep Rani off her feet and into his bed. But what Neel isn’t ready for is commitment and so no sooner does he bail out on Rani leaving her to come clean about her affair and face the music.

This is where the movie goes into decline. Rishu was introduced as a soft, kindhearted man. A shy man who wanted his wife to feel loved for who she is and not feel pressured into being physical with her husband. But all of a sudden that man vanishes and is replaced by a man who has a sadistic streak. He goes out of his way to cause physical injury to his wife. From placing traps on the stairs so that she falls to messing with the gas on the stove so she burns herself, he revels in her misery. So much so it comes down to him dangling her off the roof of their house as he cries about how much she hurt him.

Taapsee Passu, a woman who won over hearts with her moving performance in Thappad chose to portray an infuriating character.  For some reason, the strong-headed, confident Rani endures the abuse. It’s almost as though she revels in it, seeing the macho side in Rishu that she so desperately wanted to see. Her justification is that she’s atoning for her sins but that is a dangerous narrative that the movie chose to show. Rani only manages to redeem herself in her psychotic husband’s eyes when she becomes the perfect housewife, cooking and cleaning, and getting along with her mother-in-law.

What is infuriating is that if Rishu really did have such a mean streak in him and if he wasn’t a wimp as we were lead to believe, why couldn’t he communicate his feelings to his wife in the first place? His 18o degree personality shift came out of nowhere and between that and the abuse, the character viewers really liked becomes detestable.

Ok without many spoilers, I finally watched #Haseendillruba, & I don’t get why people liked it so much. Another film that equates violence against women with love. Love should NEVER make you fear for your life, & infidelity is not an excuse. That’s not romantic. That’s messed up!

The movie becomes predictable from there onwards. The villain makes a comeback just when the couple seems to finally be moving on and throw in a car chase and a romantic hookup in the most absurd places and you have all the elements of a typical Bollywood movie. The climax of the movie takes way too long to come, the whole sequence is drawn out and has a whole lot of plot holes. By this point in the movie, it isn’t hard to guess what happened that faithful day and, in the end, you’re left feeling unsatisfied.

What could have been a brilliant movie but the mystery was overshadowed with abuse and a toxic relationship shown to be love. It was a disappointment considering how the movie started off on such a high only to fall face first.