The music video features the singer alongside his wife, pampering her as usual with flowers. 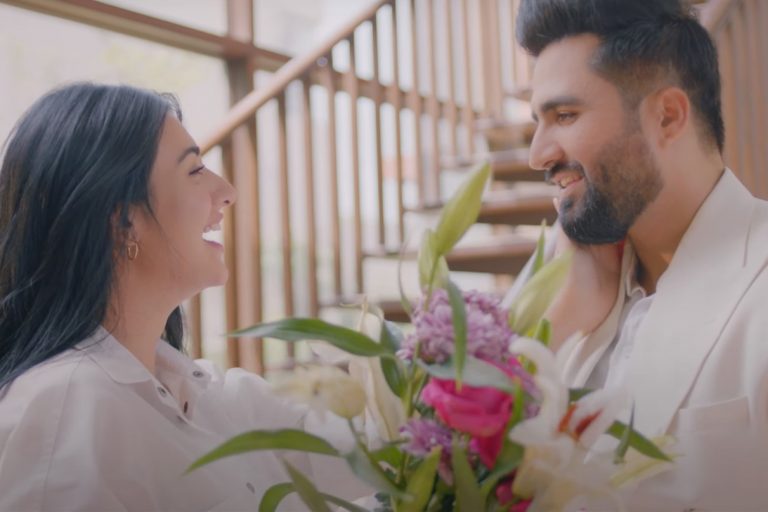 KARACHI: Sarah Khan and her husband Falak Shabir continue to be in their honeymoon phase. The couple is famous for the way Falak Shabir is always ready with a bouquet of flowers for his wife, on a daily basis. Those very flower bouquets are a regular feature on his Instagram stories as well. The pair are now expecting their first child, and the pampering continues. On the occasion of their first anniversary, Falak Shabir has released a song, Zindagi, which is not only dedicated to his wife but also features her.

The music video begins with Sarah Khan starting her day by waking up and walking down the stairs only to find her husband with a fresh bouquet of flowers to wish her a good day ahead.

The lyrics explain the importance Sarah Khan holds for her Falak Shabir. Pastel colors coupled with slo-mo shots give cinematography a soft, smooth feel. The rest of the video, however, lacks narrative as it fails to offer anything different from all that the audiences see on a daily basis on Falak Shabir’s stories, the music video simply becoming an HD version.

The video has been directed by Bilal Saif who has also color graded and edited the footage. Rana Kamran serves as the cinematographer. Sarah Khan’s wardrobe is from Sara and Fatima, and she has been styled by Shaheen and Maha, while Falak Shabir has used outfits from Humayun Alamgir, styled by Sadam.

The song has been released under the label of Massive Mix Records.