Fairytales and nursery rhymes with a dark past

Prepare to have your childhood ruined 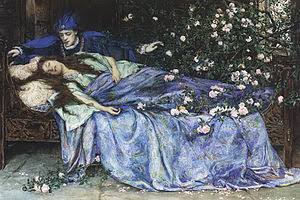 KARACHI: We all grew up listening to popular fairy tales and nursery rhymes and they’ve been etched into our minds. If you’re a parent, you have probably found yourself jamming to the nursery rhymes even when you’re alone. However, what you probably don’t know is that these stories and songs we love so much have very sinister origins. So sit back and prepare to have your childhood ruined.

1. Ring Around a Rosie

Here’s a short history lesson: Back in the 1600s, Europe was hit with what was known as the Black Plague and over a quarter of London’s entire population was wiped out.

The nursery rhyme is about the Black Plague. The “Rosie” refers to the rash that was a sign that the person was affected by the plague and it had such a terrible stench that the person would carry a pocketful of roses to mask the smell. You can connect the dots about what “we all fall down” refers to. 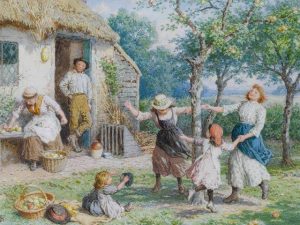 2. London Bridge is Falling Down

As the second verse goes, various materials are suggested to use for the rebuilding but each has its set of problems. Legend has it, it was decided that human (the watchman) would be the best option to build a bridge that wouldn’t fall and legend has it the base of the bridge is built with human skulls and bones.

Now think to the game we play while singing this song. We build a bridge and trap one kid passing through. Creepy isn’t it?

Although much of the story  of the popular fairy tale remains the same, what Disney glossed over is that Cinderella’s stepsisters went to extreme lengths to fit into the glass slipper. One cut off her toes and the other cut off her heels but were still unsuccessful. To add to the gory mess, at Cinderella and the Prince’s wedding doves come and peck out the stepsister’s eyes. Ouch!

If there was one thing Disney made us believe it was our beloved heroines suffered at the hands of evil stepmothers. However, that’s not the case with the original Snow White story.

It turns out that it was Snow White’s actual mother who hired the assassin to kill her. She also demanded that he brings back her liver and lungs. The Evil Queen wanted the organs to eat in belief she would look younger. 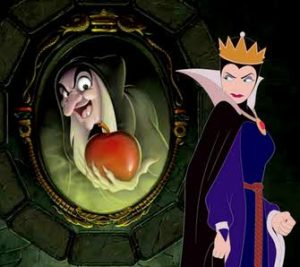 Rest assured the Evil Queen got a taste of her own medicine. Snow White survives, marries the Prince and invites her mother to the wedding. At the wedding the Evil Queen is forced to wear hot iron shoes and dance till her death. Talk about entertainment.

Brace yourself, this one is the most messed up one of them all. I mean, it’s not surprising, just creepy.

Have you ever wondered why a Prince riding through the forest felt the need to kiss an unconscious girl? In the original story, he actually rapes her and she ends up having two of his kids. The kids are the reason she wakes up, not true love’s kiss. One of the kids removes the splinter that put her to sleep. 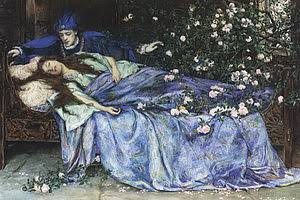 As for the Prince who raped her, well he’s married. But he’s oddly also head over heels for Aurora and so he decides to get rid of his wife by burning her alive.

What were people thinking making these disturbing tales and songs popular fairy tales and nursery rhymes  for kids?