'Seedhi Baat', a newly released track by Towers and Jamal Rahman deserves a major share of credit for the vibe it sets out to create 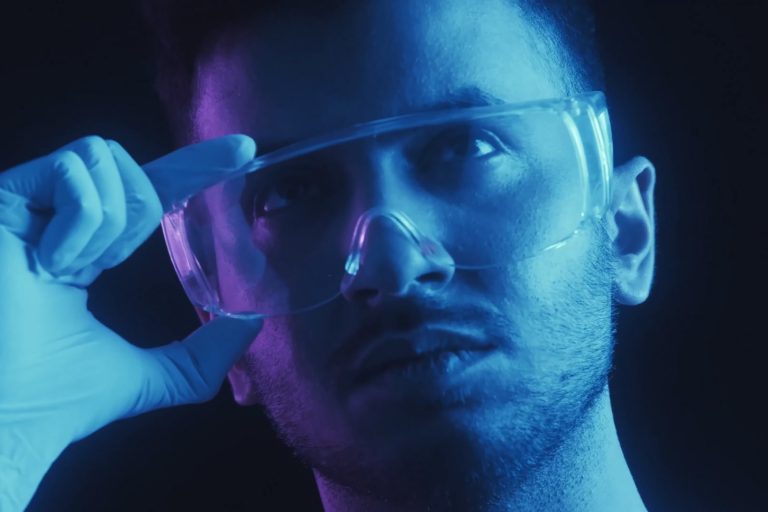 KARACHI: It is a crime scene at Towers’ latest collaboration with Jamal Rahman – ‘Seedhi Baat’. With the lyrics urging the listener to stop beating around the bush, the visuals encapsulate just how it feels having to break things down, decoding them and looking for answers within the clues laid out in what is being said.

The lighting of the music video is blue and purple. Both colors depicting a bruise running too deep, a sense of coldness as if you were in a cold storage facility, death, and desertion. The contrast between the blues and the purples creates a UV effect, giving a sense of something forensic being scrutinized. While the overall frames remain dark, all the characters are neatly, and properly lit, with attention to detail. The most interesting part of the video is that not all shots have been taken in slow-motion, yet the motionlessness of the characters is so authentic and effortless, it makes it appear as if the sequence was in fact shot at a speed of more than 60 frames per second, to say the least. The direction takes the cake for this one!

The videography also relies on pinch zooms into dramatic closeups. This makes the entire feel more intense, more precise and explains what the song has been trying to depict all along i.e., scrutiny within relationships. With lighting effects that represent those of Hitchcock’s films of the 50s and 60s, Jamal Rahman has taken a modern route of recreating Noir feel alongside Yasir Khan. One particular shot that catches our eye is the light shining through the peephole onto Ashir Bhatti’s eye. 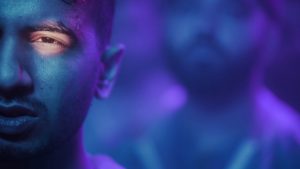 The narrative of the visuals relies on dark humor as a bunch of men tries to incapacitate a man lying in a pool of his own drool after he is injected. They try to find any evidence of their crime and clean it up. An action that mirrors what the lyrics keep talking about:

A whole team is trying to decipher the nature of their own crime and clean up the mess they made. It would not be such a crime scene if they had the clarity. While the deed has been done, and the man on the grown is motionless, soon he wakes up once more and tries to get away as soon as the bunch turns a blind eye. This very scene depicts an escalation of things, that urges you to tread the same dangerous path because you had been careless once. It is a cat and mouse chase with one party trying to catch the culprit, while the other trying to just crawl out of the room with any strength they have left within them.

The music keeps it intense as well. While the progression is simple, it also sounds insidious and sinister. Like something is being said, but the truth looms in between the lines. It also expresses that not all of it is being said, something has been held back. The music, coupled with the lighting and cinematography, effectively creates the enigma that compliments the feel of the song Towers is trying to create. It is all a mystery, and it looks very much like finding answers will not be an easy feat.

‘Seedhi Baat’ garners an incredible win in all its departments and could definitely help bring attention to how experimental the genre of Pakistani indie music can be.