It has been a year since the actor lost the battle against cancer but for many, the wound remains fresh 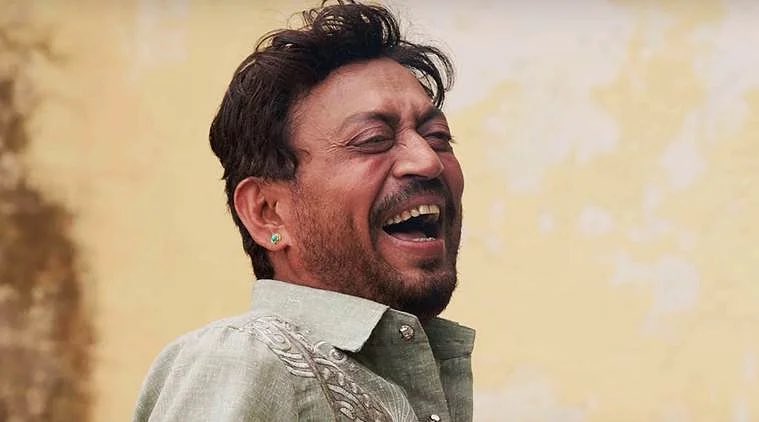 KARACHI: Today marks the first death anniversary of Bollywood actor Irrfan Khan, who passed away on April 29, 2020 after a two-year long battle against cancer. One of the best actors the world has seen, he continues to be remembered by family and fans alike. As the world mourns the loss of Khan, some have chosen to express their grief in words and penned down notes for the late actor.

Been a year? Irrfan Sahab. pic.twitter.com/9TpMNBxD5k

His wife, Sutapa Sikdar, actually wrote a note in memory of Irrfan Khan a night prior to his first death anniversary. In a facebook post, Sikdar recalled the night of 28th April, 2020 when she and her friends sang Khan’s favourite songs to him at the hospital. “Last year tonight me and my friends sang songs for you, all your favorite songs. The nurses were looking at us strangely as they were used to religious chants in critical times but I had overdone that for you irrfan morning evening and night for two years and since they told me it was time I wanted you to go with memories you loved …so we sang songs….next day you left for the next station I hope you knew where to get down without me.”

Counting the number of days, minutes and seconds that have passed since Khan’s death, Sikdar revealed how time stopped for her at 11.11 on April 29. “irrfan you had a keen interest in mystery of numbers . .and funny you had three 11’s on your final day. some say actually many say this is a very mystical number 11/11/11.” Sikdar also wrote about the emotional turmoil she went through in the days after his death, specially when it came to changing her name. “The days went by with umpteen responsibilities some extremely new ones like signature galore for changing of name. My fingers kept stopping on that how could I just take his name away and make it sutapa, I was unable to sign took a day off and the name game played on my mind. Like a film in a projector.”

Their son, Babil, too, penned down a heartbreaking note in memory of his father. “Chemo burns you from the inside, so to find joy in the simple things, like building your own table to write your own journals. There is a purity, I have not yet discovered. There is a legacy that has already been concluded by my Baba himself. A full stop. Nobody can ever replace him. Nobody will ever be able to. To the greatest best friend, companion, brother, father, I ever had and ever will have. I love you so much, for the rest of this chaos we are choosing to call life,” Babil wrote in an Instagram post.

On account of his death anniversary, friends from the media fraternity and fans from across the world have been remembering Irrfan Khan and dedicating tweets to him.

One year!! #IrrfanKhan ! It doesn’t and will never feel like you are gone!! The amazing legacy of work you have left , !! And that shy smile and the magical eyed embedded in our hearts!! @irfaniyat pic.twitter.com/nPkNzOLlbg

Thank you for the gift of your life…🤍💫 #IrrfanForever pic.twitter.com/XDeTkZwQtj

I suppose in the end, the whole life becomes an act of letting go..#Irrfan pic.twitter.com/RR7KmziWku

"The day I become conventional something inside me will die." He never did and he lives on through his work and the ones that admired him. In memoriam Irrfan Khan.#RememberingIrrfanKhan #IrrfanKhan pic.twitter.com/APnhfICrjX

Phew .. It’s been one Year !!
This loss was a difficult one to fathom. It shook me at a very personal level & I realised how important his work was to me.
He may have left us but his legacy, his influence will always be alive in us.
Irrfan अमर हैं ! pic.twitter.com/oXWvHMAKDu

It has been a year since we lost one of the greatest artists of all time. Irrfan, wherever you are, just know that we miss you and we love you. Thank you for being the light that shines through our darkest days. May you always be at peace.❤️ pic.twitter.com/XrWdoxjxrZ