The Bollywood star will be mourned for more reasons than one 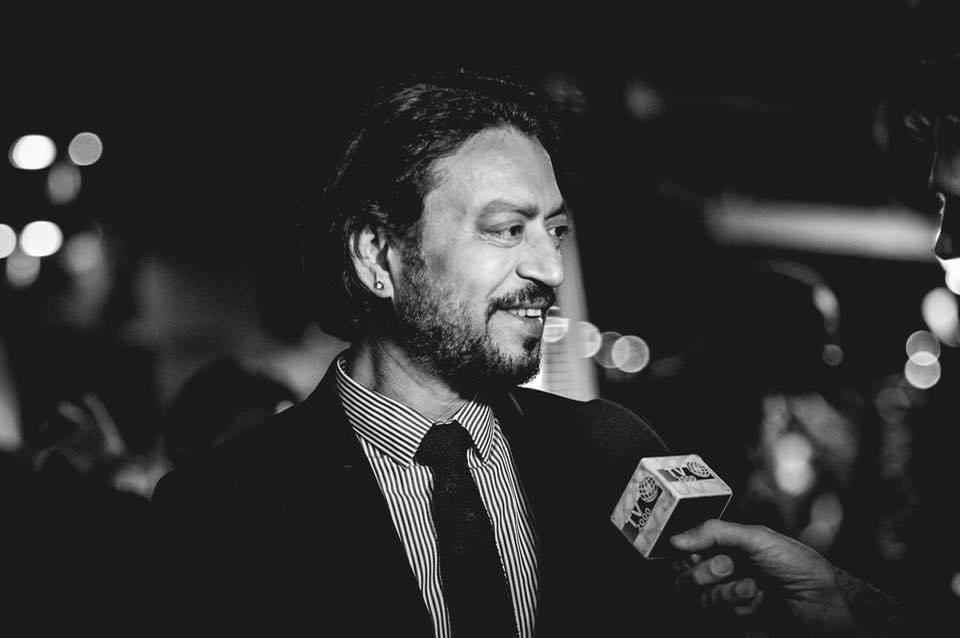 KARACHI: One of Bollywood’s most loved actor has passed away. Irrfan Khan has died aged 53. According to The Guardian, he had been admitted to the intensive care unit of Mumbai’s Kokilaben hospital on Tuesday with a colon infection.

Khan’s health had been turbulent since 2018, when he was diagnosed with a neuroendocrine tumour, a rare form of cancer. After extensive treatment, Khan had recovered and was well enough to shoot what turned out to be his last film, Angrezi Medium.

The actor changed the game for Bollywood single-handedly: an industry that revolves around glamour, conventional beauty and nepotism, Khan was one of the first actors to stand against Bollywood’s stereotypes and make his place, paving the way for other talent that ordinarily got overlooked because they didn’t have fair skin, or six pack abs, or could dance like Salman Khan. Nope, Irrfan Khan did none of that but still became popular at a time when the aforementioned qualities were the only way one could become a lead actor in India.

But he challenged Bollywood in other ways too. He once teamed up with All India Bakchod (AIB), one of the most well-known comedy groups of India, to produce Every Bollywood Party Song Ever, taking a dig at all the Yo-Yo Honey Singh songs that were being produced at the time.

It helped his career in India, the fact that he managed to make his presence known in Hollywood with films like Slumdog Millionaire, The Namesake and Life of Pi. That’s not all though, he also has films like Jurassic World to his credit.

To be honest, it’s difficult to list down all the films that were gamechangers because he nearly always chose the best scripts. He did quirky films like Piku and Lunchbox but then also did gangster films like Maqbool, Haider and Madari. He could transform into any character, whether a hero or a villain, and just seem perfect for the role. Nobody could think of only one on-screen persona for him (like you can for big names like Salman Khan and Shah Rukh Khan).

Perhaps he made a special place for himself in Pakistan when he did the iconic film Hindi Medium, starring alongside our very own Saba Qamar. The film came at a good time in Pak-India relations, when cross border collaborations were happening in full swing (Sajal Aly and Adnan Siddiqui were doing Mom with Sridevi, Fawad Khan did Kapoor and Sons and was gearing up for Ae Dil Hai Mushkil) and perhaps it made sense to feature Saba because the film covered a topic which was relevant in both India and Pakistan: our colonial hangover and obsession with the English language. The film also gave Saba a chance to shine in both India and Pakistan and gave a big boost to her career.

Deeply disturbed to hear about the passing of Irrfan Khan. I still can’t absorb the news. It feels like yesterday coming back from the sets of Hindi Medium. You taught me a lot as an actor and a mentor. It is indeed a huge loss to the cinema world. Such a brilliant actor gone too soon. You left a huge irreplaceable void in Cinema Irfan. My heartfelt condolences to his family. May Allah give them strength to bear this loss. RIP Raj 💔 Yours Only, Meeta. 🌸

Irrfan Khan’s death is a loss that will be mourned by many, and love is pouring in from all parts of the world. Big names from both Hollywood and Bollywood are expressing their pain and sadness on Twitter. Even the prime minister of India, Narendra Modi, lamented on the loss.

Irrfan Khan’s demise is a loss to the world of cinema and theatre. He will be remembered for his versatile performances across different mediums. My thoughts are with his family, friends and admirers. May his soul rest in peace.

T 3516 – .. just getting news of the passing of Irfaan Khan .. this is a most disturbing and sad news .. 🙏
An incredible talent .. a gracious colleague .. a prolific contributor to the World of Cinema .. left us too soon .. creating a huge vacuum ..
Prayers and duas 🙏

The charisma you brought to everything you did was pure magic. Your talent forged the way for so many in so many avenues.. You inspired so many of us. #IrrfanKhan you will truly be missed. Condolences to the family. pic.twitter.com/vjhd5aoFhc

A grateful fan of #IrrfanKhan here. Gone too soon. When he is on screen, you can’t take your eyes off of him. He lives on in his films. pic.twitter.com/aA9RAjsxSl

Irrfan shone so bright that we all reflected in his glory. Who will we look to for such integrity again?
The world is a lesser place now. Thank you for having the courage to be yourself and unlocking worlds for us, Irrfan. We will remember you.

Such terrible news…saddened to hear about the demise of #IrrfanKhan, one of the finest actors of our time. May God give strength to his family in this difficult time 🙏🏻