I’ll Meet You There to premier on February 3

Written and directed by Iram Parveen Bilal, it tells the story of three generations of Muslims living in America and the cultural differences between them 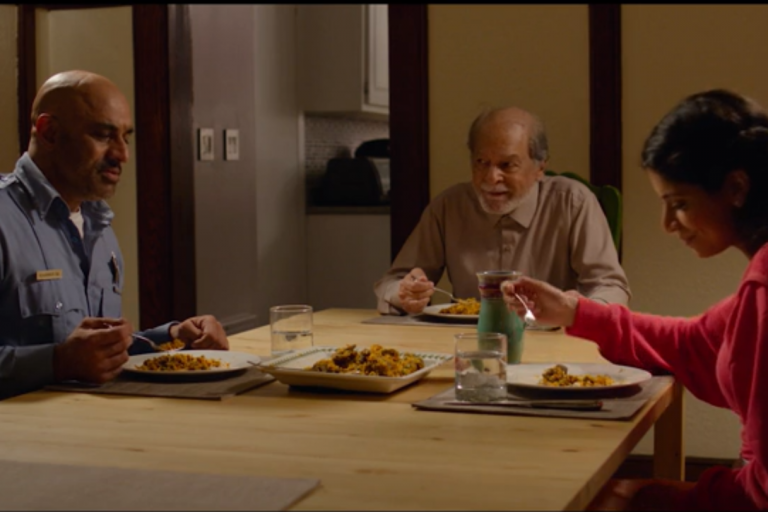 KARACHI: Pakistani-American filmmaker Iram Parveen Bilal is ready to premier her feature film I’ll Meet You There on 3rd February for audiences in North America. Written and directed by Bilal, the film tells the story of three generations of Muslims, with the younger of the two living in America shedding light on the cultural differences that exist between them. The project is a collaboration of Parveen Shah Productions & Sanat Initiative production.

I’ll Meet You There has a promising trailer that presents the film as a family-drama. Faran Tahir plays the role of a Muslim-American cop, Majeed, with a grown-up daughter who wishes to be a ballerina. However, Majeed’s father (Qavi Khan) visits them from Pakistan after years, the cultural difference between the generations becomes evident. Majeed and his daughter, Dua, are not practicing Muslims, and the former only goes to the mosque as part of an official task. Qavi Khan as Baba is surprised that his grand daughter cannot read Arabic and gifts a dupatta to his grandchild who is clearly not used to wearing it. The opening scene of the trailer even shows Majeed asking Dua to hide all of her ballet trophies and belongings, so that Baba does not find out about her passion.

“Majeed is given a career-making opportunity that he can’t turn down, but it requires him to use his father’s religious devotion to gain access to the local mosque, while Dua, under Baba’s guidance, begins to question her passion for dance. The three form a tentative bond of family and cohesion that comes to a head in a surprise bait and switch by the FBI,” reads the description provided by the team.

A post shared by ILL MEET YOU THERE (@illmeetyoutherethefilm)

The film will be available for North American audiences from 3rd to 11th February online while Pakistani audiences have been asked to wait a little longer.