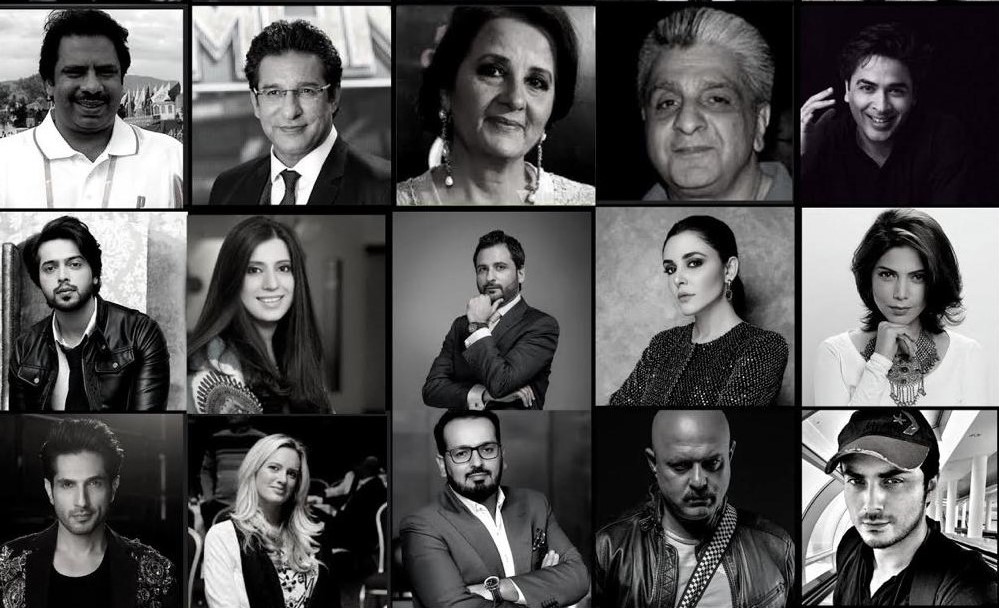 KARACHI: The Special Committee of the Parliament on Kashmir has formed a special advisory board to promote the rich and diverse cultural heritage of the valley on international platforms. The Cultural, Heritage, and Sports Advisory Board has been formed by Mr Shehryar Afridi, Chairman of the Kashmir Committee. Numerous influencers including producers, directors, artists, and sportspersons have been invited to join the advisory board.

The advisory board is said to “work with the artists in Jammu and Kashmir towards internationally promoting the rich and diverse cultural heritage of valley and its people, in a bid to highlight their plight under decades of Indian oppression,” reads a letter signed by Shahid Afridi. 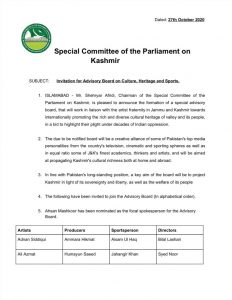 “The due to be notified board will be a creative alliance of some of Pakistan’s top media personalities from the country’s television, cinematic and sporting spheres, as well as in equal ratio of some of Jammu and Kashmir’s finest academics, thinkers and artists and will aim at propagating Kashmir’s cultural richness both at home and abroad,” it further states. “In line with Pakistan’s long-standing position, a key aim of the board will be to promote Kashmir in light of its sovereignty and liberty, as well as the welfare of its people.”

Amongst those who have been invited to join forces are Humayun Saeed, Saba Qamar, Fahad Mustafa, Atif Aslam, Anwar Maqsood, Ali Azmat, Hadika Kiani, Shehzad Roy, Shaniera Akram, Adnan Siddiqui, Samina Peerzada, Momina Duraid, Syed Noor and Bilal Lashari. Sportspersons Aisam ul Haq, Wasim Akram, and Maria Toorpakai are also on the list. Ahsan Mashkoor has been nominated as the focal spokesperson of the board. Further details regarding the roles are said to be decided in a meeting later this month.