Pakistani teen gets praise on Britain’s Got Talent 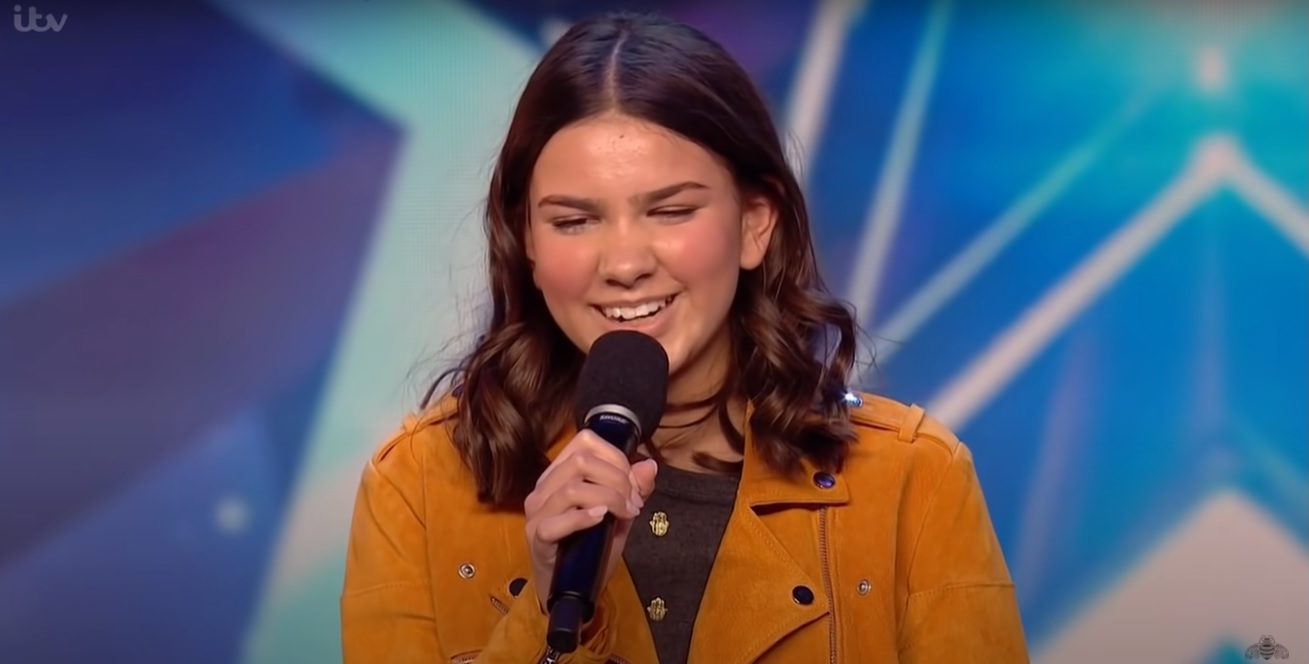 KARACHI: Teenage British-Pakistani teen singer Sirine Jahangir was lauded for her performance as she impressed millions during the semi-finals of Britain’s Got Talent. Her performance was regarded as “magical, unique and special” according to the judges.

Sirine left viewers with goosebumps during her powerful rendition of Carry You by Ruelle in the ITV show’s third semi-final on Saturday night.

Sirine Jahangir, who is also visually impaired was so fully drenched into emotions during her performance that by the end of it, she broke down in tears. This even led hosts Ant McPartlin and Declan Donnelly to make sure she was alright.

The teenager found herself among top three, which included magician Magical Bones and dance troupe X1X Crew. She was a runner up, as she lost to the former who succeeded to the finals, airing in October.

Sirine Jahangir happens to be the granddaughter of Sahibzada Jahangir, one of PM Imran Khan’s notable friends and also his spokesperson on Trade and Investment in the UK and Europe.

My granddaughter SIRINE Jahangir, aged 14 yrs, is appearing in the Semi Finals of Britain Got Talent on Saturday 19th Sept 8pm on ITV. First Pakistani origin to do so. Your prayers are needed. Please use this link to vote. @PTIofficial https://t.co/kfqc87kzsf pic.twitter.com/Oz6myCbHsr

Amanda Holden, one of the judges who wanted to put Sirine through said, “Oh darling, I really felt for you at the end. That was just magical. Angelic and tender.”

Ashley Banjo remarked, “Magical is the right word. Something you did with your voice and piano is something hardly any performers can do. I was transported.”

Alexa Dixon lauded her performance by saying, “It’s one of those moments that takes your breath away.”

Read: 5 times Meesha Shafi proved she’s one of the best singers in the country

All the judges at Britain’s Got Talent, i.e., Alesha Dixon, Amanda Holden, David Walliams and Ashley Banjo, gave encouraging remarks of appreciation to the young performer for putting on a “magical” performance – so when they found out she did not proceed to the finals, her newly made fan following was heartbroken.

Sirine Jahangir voice is stunning, AMAZING, she should have gone through #bgt

Also, #SirineJahangir should definitely have gone through. Words cannot do the beauty of her voice justice. And what an inspiration! All the feels & tears from me. #BGT #bgtsemifinals

#BritainsGotTalent #BGT #bgtsemifinals
I appreciate I am late to the date here but busy with family. Gobsmacked at how crap this semifinal was. Sirine Jahangir should have got through with Sign Along With Us. Obv. biased not to mention that necklace & the real point behind it.

Just caught up on last nights @BGT and what an absolute disgrace that Sirine Jahangir wasn’t put through! The public has to put her through! @AmandaHolden what were the other judges thinking!? 😲

Some of these fans have been so upset with the decision that they have called out the show, and called for a replacement of judges, citing biased and unfair judgement at Britain’s Got Talent.