The actress is also starring in the video 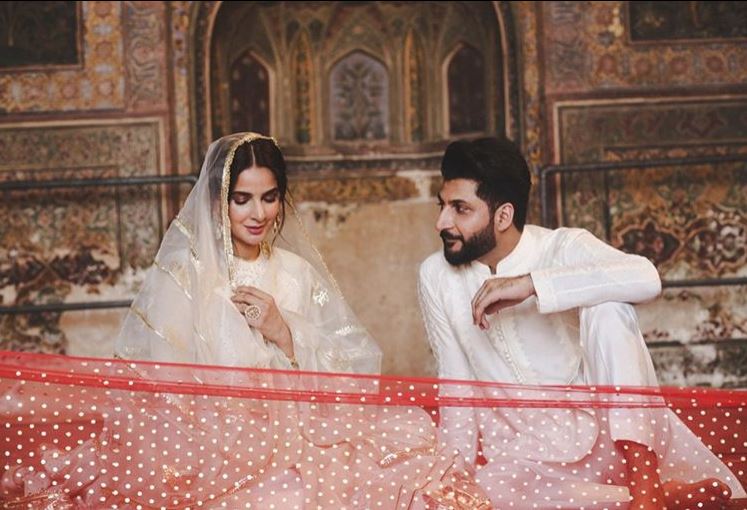 KARACHI: One actress who has blossomed her career during this pandemic is Saba Qamar, a celebrity who knows the art of staying in touch with her fans. Ever since the pandemic struck, Saba’s YouTube channel has become a source of funny and lighthearted (and sometimes hard-hitting) commentary on the ironies that we find in our society.

Read: Saba Qamar has us asking some existential questions because of her latest video

Very recently, Saba hinted at taking the director’s chair for an upcoming project, the first look of which only recently came out. It is a music video, titled ‘Qubool’, written, composed and produced by Bilal Saeed. The project is Saba Qamar’s debut as a director. The singer and the actress also starred in the music video, all set to release very soon.

Guessing from the title and the first look of the poster, the video apparently revolves around the idea of a nikkah. Saba Qamar and Bilal Saeed are seen in traditional outfits, courtesy Mohsin Naveed Ranjha.

The picture was shared by Bilal Saeed on the first day of Eid, making their followers wonder if the two had tied the knot.

.We wish the two best of luck and hope this music video is just as good as Saba’s recent work.