Things women say to fend off unsolicited advances from men

Because 'no' clearly doesn't work 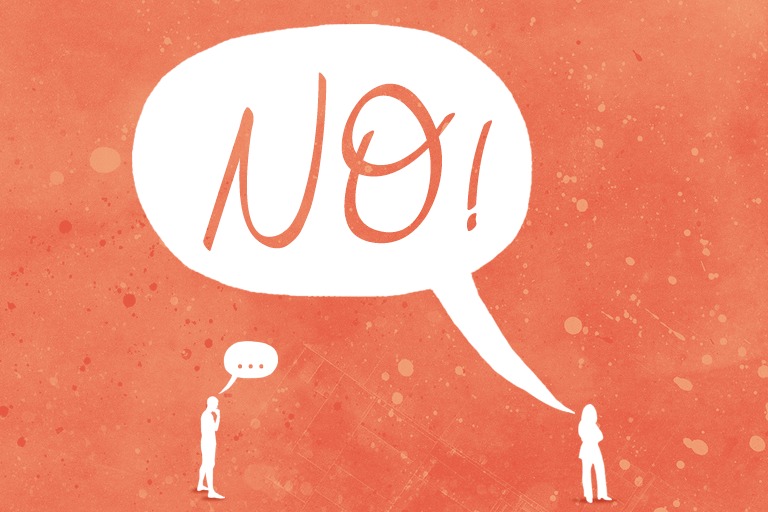 KARACHI: May we first give a disclaimer, that none of the ‘excuses’ given below always ever work. What we mean to say is that if you came here looking for an answer to get lecherous men to back the hell off, you won’t find them here. Because no such statement exists. Some men never stop and will relentlessly pursue you.

But if you’re a man who’s curious as to why women keep coming up with all these wild explanations that don’t sound very believable, then this story might help you.

The thing is, we know that men know the word ‘no’, obviously. They know when to use it when they don’t want to do something. But the problem arises when a man doesn’t respect your wishes and thinks he’ll keep at it to change your ‘no’ to a ‘yes’. Or when you are afraid of saying no because of the consequences: what if I lose my job if I don’t respond to his advances, what if he attacks me if I say no?

Also, some women are afraid of saying no for a whole different reason: many a times we haven’t been encouraged to speak our mind or hold our ground. We’re to appear ‘nice’ all the time and saying no makes us feel bad. So we don’t say no to our bosses when we are given extra work to do, we don’t know how to say no when our in-laws have ridiculous demands from us, and we don’t know how to say no when a guy just won’t leave us alone.

So women come up with excuses to get you off their back and here are some of the most famous ones. (P.S: these are real excuses used by real women.)

This is the most commonly used one because we all know that men don’t respect the wishes of a woman but they sure as hell know how to respect the wishes of another man. Sometimes the only way to get someone to back off is by telling them there’s another man in your life (even though you’re not even straight but you can’t tell the guy that either because you know it will just give him cheap thrills.)

Remember Chandler pretended to move to Yemen because he didn’t know how to break up with Janice? Well, some of us regularly have to make imaginary trips to Yemen because well, we ain’t interested.

3. I can’t wait to have lots and lots of babies!

We mean, it’s 2020. Who would be crazy enough to want ‘lots and lots of babies’? JK, some women might and that’s totes okay. But we know that this announcement would scare the shit out of any guy who’s just looking to get lucky without having to take any responsibility.

Well this is a sure shot way to get him off your back. Do we even need to elaborate?