Will a global pandemic make the elite even more insufferable? 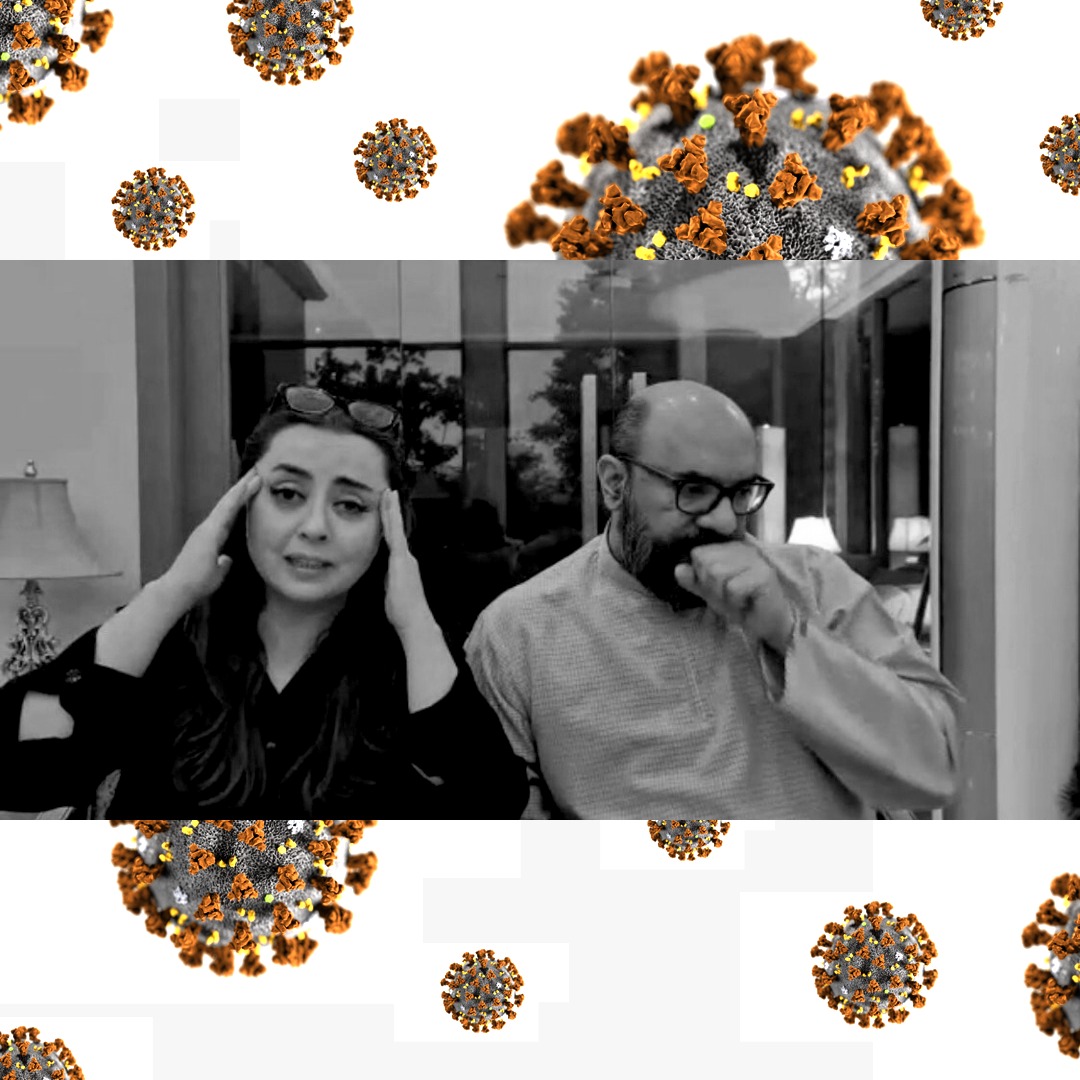 In the times of Corona, we are seeing acts of kindness being displayed all over the world. People are offering to assist the elderly, distributing food to those in need, singing and dancing on their balconies to keep community spirit alive. We see front line staff, putting their own lives at risk, to help the affected. We see people offering whatever service or craft they can, for free, online.

At the opposite end of the spectrum we see you, Maria B, who together with your husband, displayed a lack of concern and callous behaviour, for a person working in your home, as well as the nation at large. You didn’t realise how, in order to protect yourself, not only did you put his life at risk, but also put the lives of many others under threat. This is how things panned out:

In the midst of a nation wide lockdown, designer Maria B’s self-shot video surfaced online on Tuesday. She made an emotional plea to Prime Minister Imran Khan about the alleged brutality she faced at the hands of the Punjab police. “Last night my house was raided by the police as if I was the biggest drug mafia don in Lahore. They took away my husband,” she said, her voice cracking.

‘They did an FIR on him, without a lawyer [being present]. We tried calling but nobody was up. They did this in the middle of the night. They were rude to us. They kept saying to us, to me, that you are culprits,” she goes on to express her outrage, “Why? We are the ones who are suffering. We are the ones whose tests are coming. My whole family’s. Is this the system that we have in Punjab?”

Never mind your criminal negligence, let’s all feel sorry that your husband was arrested for possibly the stupidest thing you could have done upon learning that your cook is corona-positive. Sometimes the Pakistani elite is the worst thing to have happened to this country #MariaB pic.twitter.com/OKswuVhH7B

This video led people to falsely believe that the police arrested her husband, Tahir Saeed, for testing positive for corona virus. It resulted in a frenzy of tweets that expressed concern and messages of solidarity. Until people realised what the real story was, that is.

Turns out, that Maria B and her husband, on discovering that their live-in cook, Umer Farooq, tested positive for corona virus, sent him home to his village, in the district of Vehari, instead of sending him to a hospital for treatment or alerting relevant authorities.

Umer Farooq travelled to his village via public transport (having to change two buses) posing a threat to everyone he met along the way as well as to the people residing in his village. Shortly afterwards, another video was released by Maria B and her husband in which it seems as if they completely missed the point and are unable to understand the consequences of how what they did was driven out of privilege, selfishness and how it endangered the lives of others.

Maintaining their stance of being “responsible citizens of Pakistan” who “did not act irresponsibly” but were still made victims of abuse and harassment at the hands of the police, they say “the government has told us not to panic, but if 20 policemen show up at a house that has tested positive, no one will get their tests done. Everyone will be scared And think that the police will be after us. We both don’t have corona, but if we do get corona in the future, does that make us criminals?”

Later in the video, they go onto say, “No one asked us how [their chef] Umer Farooq got the virus. He got the virus when he used public transport from Vehari to Lahore on his return from his holiday, and he brought that virus into our house. We got him tested, and paid for it ourselves when he presented with a fever. If we hadn’t gotten him tested who would have known. Why would we make him run away? We are all in quarantine, our tests are negative.”

What you are failing to realise Maria B, is the police did not arrest your husband for testing positive for the coronavirus and infecting your cook, but because you not only failed to take responsibility for him but for the community when you found out that he was a carrier of the virus. That a man who works in your home to make your life easier, travelled all the way to you from his village to serve you. He got infected on the way to you. Instead of taking responsibility for him, and referring him to a hospital for treatment, or calling numerous helplines which have been advertised heavily in the media, you thought it was a good idea to send him out into the public, and back home, in his condition.

You say that this decision made sense because  “as a mother, I also have kids at home” and that, “Corona is Corona”. So it seems, that you do realise the seriousness and threat this infection can pose, but only when it comes to your family. You admit that “our staff is our responsibility so when my cook presented with symptoms we funded the test ourselves”. Getting him tested was not an action taken in responsibility but instead in self defence, as a means to protect your own family. Your responsibility began when the test came back positive. It was here that you cared only for your own family and failed in your responsibility to Umar Farooq and to society at large.

You both further asserted that “we sent him with guidelines, we gave him extra money so he wouldn’t take public transport. He told us he would go in his brothers car. We asked him if he had an extra room in his house and we had told him you are not to interact with anyone else. You are corona positive and can pass it on so you have to be very careful”. All these things point to how you were aware of the risks, but wanted him to take his problems elsewhere, instead of doing your part as a responsible citizen, as a responsible employer. Perhaps in this time, when you are allegedly in quarantine with your family, you may want to reflect on how you are actually not a victim in this after all. Of how you not only failed to take responsibility for a person living in your house but also how you may be responsible for infecting several people from Lahore all the way to Vehari.

Domestic violence cases are rising in Pakistan during coronavirus lockdown