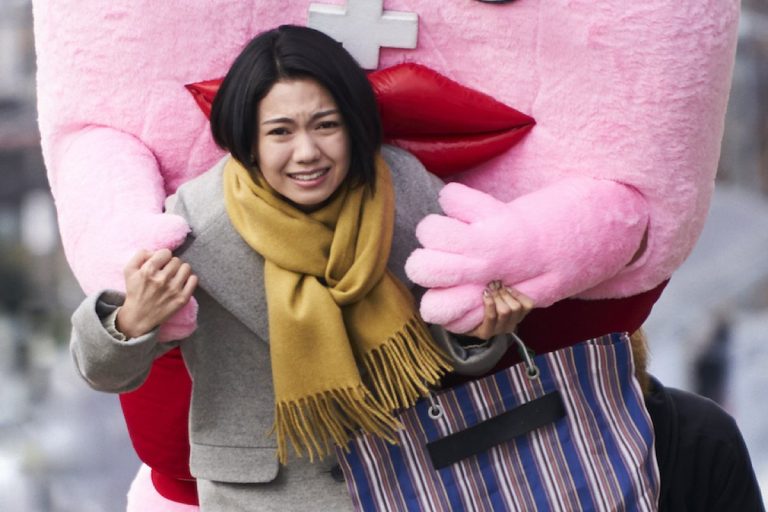 Japanese live-action film Seiri-chan (Little Miss Period) is directed by Shunsuke Shinada who adapted the film from the original manga-series by Ken Koyama. The film follows the same narrative of the series that tells the stories of different women being visited by a large, pink, heart-shaped character that has big, swollen lips and a first aid plus sign as a nose. The name of the character is Seiri-chan and she is received with different forms of enthusiasm by every women she “visits.”

The film follows three women in particular and their take on being visited by Seiri-chan during their time of the month. According to The Guardian, Japanese people find discussion about periods/menstruation to be either embarrassing or a dirty trait. Furthermore, Japanese women feel uncomfortable visiting holy sites or a sacred UNESCO world heritage site.

The character, from the onset via the manga series, has been relatively well-received by audiences that are seeing it as a progressive change to end taboos surrounding periods. As reported by Reuters, Kazue Muta, a sociology professor at Osaka University said, “Until now, menstruation has been something to hide and many people completely lack correct understanding of it.”

Watch: No shame in Periods

The film, however, is showing the bitter-sweet relationship that women can have with their period that both disrupts their life in a negative way but also is supportive of them as the character of Seiri-chan is shown to offer its support to women by administrating punches to unsympathetic husbands.

The Guardian further reported that menstrual leave is a legal right in Japan since 1947 but women seldom take it, perhaps out of the taboo/misjudgment they will be faced with if they do.

The film was released in Japan by entertainment company Yoshimoto Kogyo Co. Ltd last month.  News reports suggest that it  further opened in Taiwan this month and will debut in Hong Kong in January. Premieres in China and across Southeast Asia are also planned.

Why do we usually whisper when talking about periods?