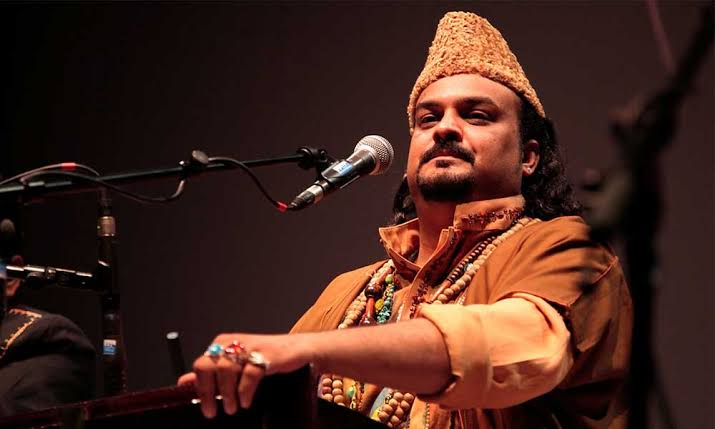 KARACHI: British band Coldplay just released their latest studio album, titled Everyday Life and while everyone in Pakistan already loves Coldplay, there’s another reason why this new album is special for us.

One of the tracks from the album, titled Church has sampled music from Amjad Sabri’s track, Jaga Ji Laganay. Sabri, a Pakistani qawwal who was awarded the Pride of Performance by Government of Pakistan, as well as the Sitara-i-Imtiaz (Pakistan’s third highest civilian honour) by President Mamnoon Hussain, has been dearly missed ever since he was tragically murdered in in 2016.

In a recent interview with Entercom, the lead singer of Coldplay, Chris Martin voiced his decision to add the Pakistani legend to the track.

During 8:17-9:58 of the interview, the singer explained a bit about using the voice of Amjad Sabri along with another singer from Jerusalem, “There’s two cool other singers on that one. There’s this guy who was a Pakistani singer, called Amjad Sabri. He was sadly murdered by people who didn’t like what he stood for. Then there’s a friend of ours called Norah who is a guy from Jerusalem.” Chris continued to explain that this specific track is identifiable as a love song.

After listening to the song, one can see how Sabri’s voice enhances the track as well as gives it a soothing vibe. With all humility, Chris praises the two artists he samples in Church by stating, “I’m the third best singer on that song.”

The album has already made quite an impression on listeners as it has taken first place on this week’s Official Albums Chart, beating Robbie Williams.