Users claim the statement was unromantic, problematic and strange after his long post detailing why he's marrying Naimal Khawar 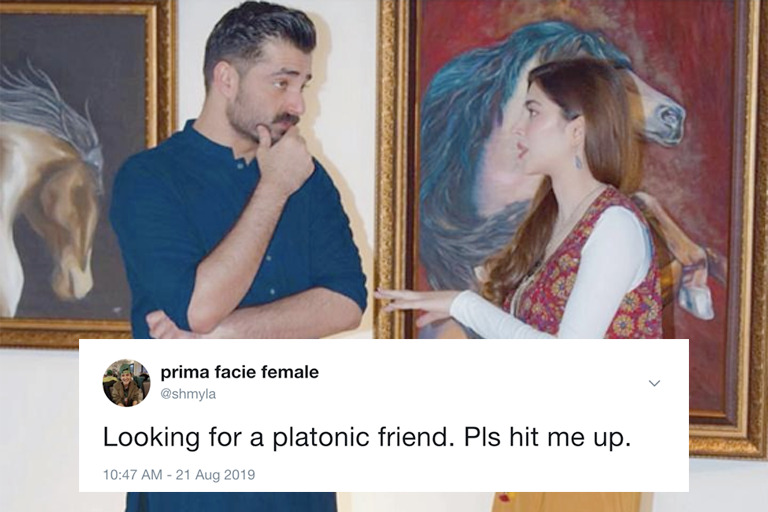 Hamza Ali Abbasi took to his social media on Wednesday to confirm that he will be marrying  actress Naimal Khawar this weekend. In his statement, which was unusually long and is being referred to as a “thesis” by users online, the actor reiterated his intentions  being to solely please God and that by being a married man he will successfully fulfill that task. He also made it known that the two have such a strong relationship that they cannot “breathe without each other.”

His co-stars Vasay Chaudry and Mahira Khan congratulated him following the news.

Since the announcement, users have found his statement both strange and problematic.

Hamza Ali Abbasi is such a romantic; I too want a partner who keeps telling me they don't love me and do not want a relationship with me and are only getting married to me because they think Allah wants them to get married

The number of shits I give about Hamza marrying anybody is ZERO.
But a lamely influential person spreading the rhetoric that falling in love with your damn partner is wrong IS intolerable.

a marriage announcement in which the groom professes hate for marriage, for the idea of being in love, and that none of these are his personal problems but how God made him.

I see you guys are still hung over from Hamza Abbasi’s essay on marriage. I am amazed so many of you made the effort to read that screenshot.

Worst proposal ever, followed by a public declaration of how he doesn’t really love her and only cares about his own spiritual journey. #yikes pic.twitter.com/ZGzxV4XYUW

That was the most unapologetically self absorbed and conceited post I've ever read. Like 7 would be paragraphs about his spiritual journey, a couple lines about how she's nothing special and hes def not in love with her, and a few more congratulating himself. https://t.co/dkg0Y68B9V

Is it me or does a certain marriage announcement read like a “how to overcome your desires that don’t involve the opposite gender, by marrying a platonic friend who’s OK with you not wanting to marry for any other reason but to stay straight”?

Itna Allah se pyar hai tu why didn’t you propose to a widow, divorced or an orphaned woman?!

On the scale of "my platonic friend/no gf-bf nonsense" to "we can't breathe without each other, how neurotic are you?

Hamza Ali Abbasi might be problematic but how his marriage impacting your life in anyway? People just need something to outrage over. Let people be whoever they want to and whatever they want to do.