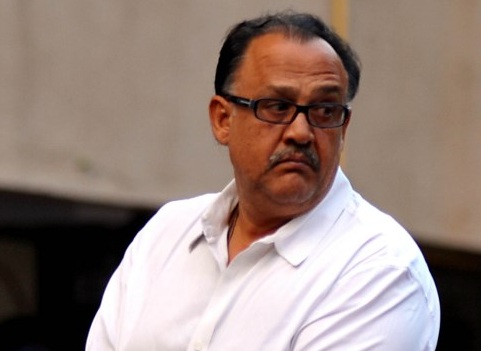 KARACHI: Veteran actor Alok Nath made headlines this morning when news surfaced of him playing the role of a judge in a movie surrounding the #MeToo movement that is credited for outing sexual predators.

The actor was accused of rape by filmmaker Vinta Nanda in October 2018. Nanda accused Nath of raping her two decades ago in a social media post that went viral, after which the actor sued Nanda alleging defamation. In response, the writer-director lodged an FIR against him, accusing him of rape. The case is pending..

Read: #MeToo in India: Aamir Khan says exploitation of women in Bollywood is rampant and heartbreaking

Nath, who was expelled by Cine And TV Artistes’ Association (CINTAA) due to a no-show at the organisation’s meeting, shot for a movie titled “#MainBhi” (#MeToo). The 62-year-old actor plays a magistrate who is against sexual harassment, Mumbai Mirror reported.

In his interview, Nath said that he shot this film “a while ago”.

“Is there a problem? You sound sad that I’m doing a film,” the newspaper reports him as saying. “It’s a puny role, let it release.”

Actor Khalid Siddiqui, of Ghajini fame, is playing one of the lead roles in the movie. He also Mumbai Mirror that the film is about boys that have experienced sexual abuse.

“My character, along with the other, are affected by incidents that change our lives. We hope the film starts a debate on the subject,” he said.