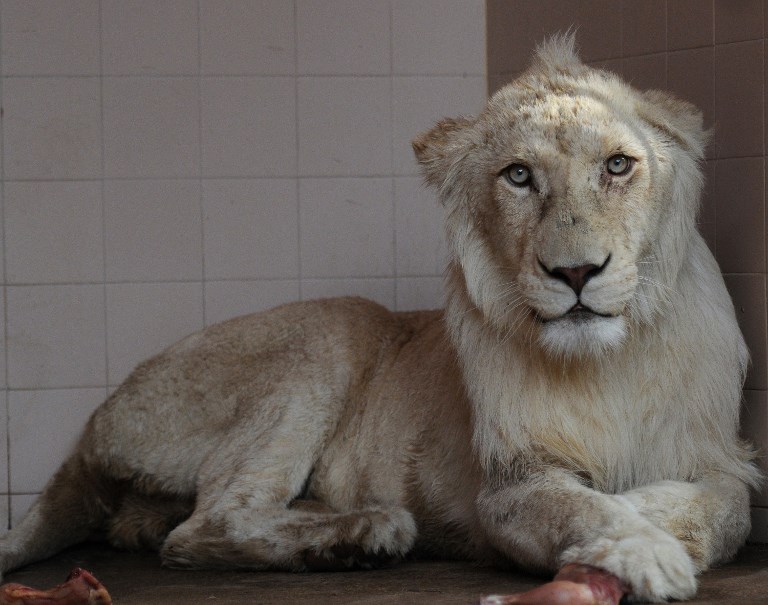 The Lahore zoo currently has 30 various types of lions and tigers. According to The Express Tribune, the zoo suffers from a shortage of space due to which further breeding of these big cats have stopped. Buyers who have the necessary arrangements and know how to take care of these animals will be allowed to bid.

While news reports do not specify what a “necessary arrangement” is to raise lions and tigers, it, however, does mention that the annual cost of food is up to Rs500,000 to Rs600,000.

Just two days before it announced the auction, the management had announced that it was inviting citizens to ‘adopt’ animals. Under this scheme, the citizens would have to pay for the food and medication for the animal they chose to adopt and can also visit them frequently and spend time with them.

Read: Who let the digs die?

There have been many instances in the last few years when ‘pet’ lions have been sighted in cities like Karachi and Lahore. Pakistani cricketer Shahid Afridi was criticised when a picture of him posing with a chained lion made rounds on social media. While Afridi clarified that the lion wasn’t his, it later emerged that a Non-Objection Certificate was not issued by the Sindh government to the original owner to take the lion out for a round.

The Sindh Wildlife department to probe the presence of a chained lion in cricketer Shahid Afridi’s home after the posted photos went viral. https://t.co/iBpanbBKku pic.twitter.com/2nG5Hb9joH

“The act of selling them to private individuals for petty cash, amounts to condemning these innocent animals to lifetime of solitary confinement, and possibly torture and brutality at various unchecked private locations,” writes Naeem Sadiq, a safety and environment consultant in The Express Tribune.

When it comes to law, there is no specific criteria by the government about keeping wild animals such as lions and tigers. World Wide Fund (WWF), however, says that an owner should have about 500 square yards of space to move around.

Additionally, the government does not completely prohibit keeping wild animals at home. At most, all a person can do is file a complaint against a neighbour housing a lion under section 289 of Pakistan Penal Code.

we are surprised the Pakistan government allows the import of lions into the country, and encourages the keeping of wild animals as pets by issuing import licenses and letting private zoos mushroom right in the middle of cities. pic.twitter.com/dgGBgj9V2J

Wildlife and environment activists have reservations about the Lahore zoo’s decision as well.

Lahore Safari Zoo has decided to hold an auction of surplus lion and tiger cubs. Buyers who have the necessary arrangements to bring up and take care of these animals will be able to bid. WTF!! What sort of buyers does that include?? Sam 🤬 https://t.co/IFegL2iKg0