A.R Rahman hits back at trolls targeting his daughter’s veil 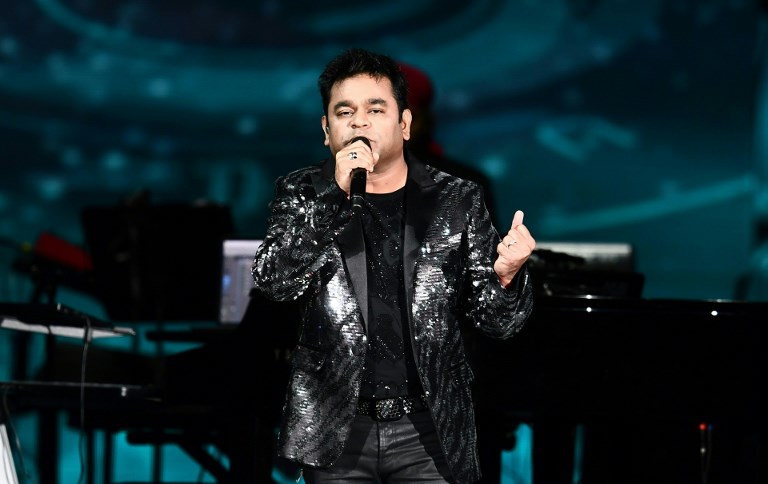 In an event celebrating success of Slumdong Millionaire, Khatija, came up on-stage to shower praise for her father. However, things got ugly when some people began trolling the father-daughter duo on social media over Khatija’s attire.

Some even went to the extent of calling them non-Indian and A.R Rahman as a hypocrite.

Proud of his music. Ashamed of his imposition of a medieval tyranny to his new age daughter. Saree and veil don’t go together, they stand for exactly opposition ideas. Saree celebrates womanhood. Burqa/ veil subdues it 10 feet under. https://t.co/PvZx89WQe2

When I first saw the images floating on Twitter, I thought it was fake news. But turns out that the shrouded woman interviewing Rahman is indeed his daughter!
Without the Saree and prior info, I would not even place this person and her family as Indian. https://t.co/ux4pOr5AXN

This image is saddening as a women. Even This will be defended as "choice" By feminists .

A.R Rahman hit back at the trolls with a picture of his wife and two daughters from the Ambani’s wedding. The photo shows his wife covering her head with a dupatta, Khatija in a veil and his other daughter Raheema. He tweeted the image along with the hash tag #freedomtochoose

Khatija also took to social media to share her two cents on the matter. 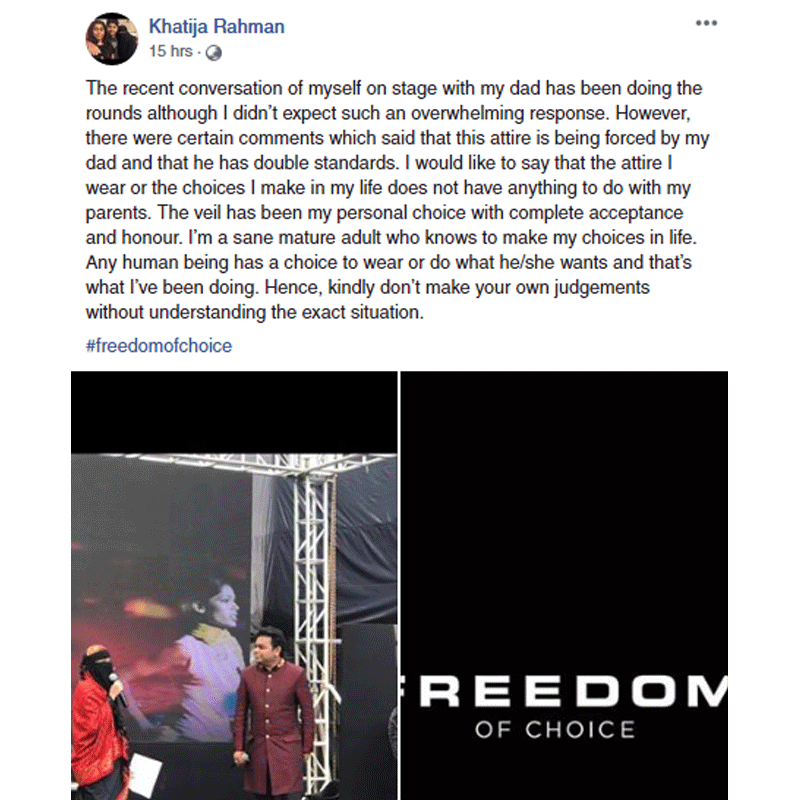 “The veil has been my personal choice with complete acceptance and honour. I’m a sane mature adult who knows to make my choices in life,” she wrote.