Here's a tip: include women 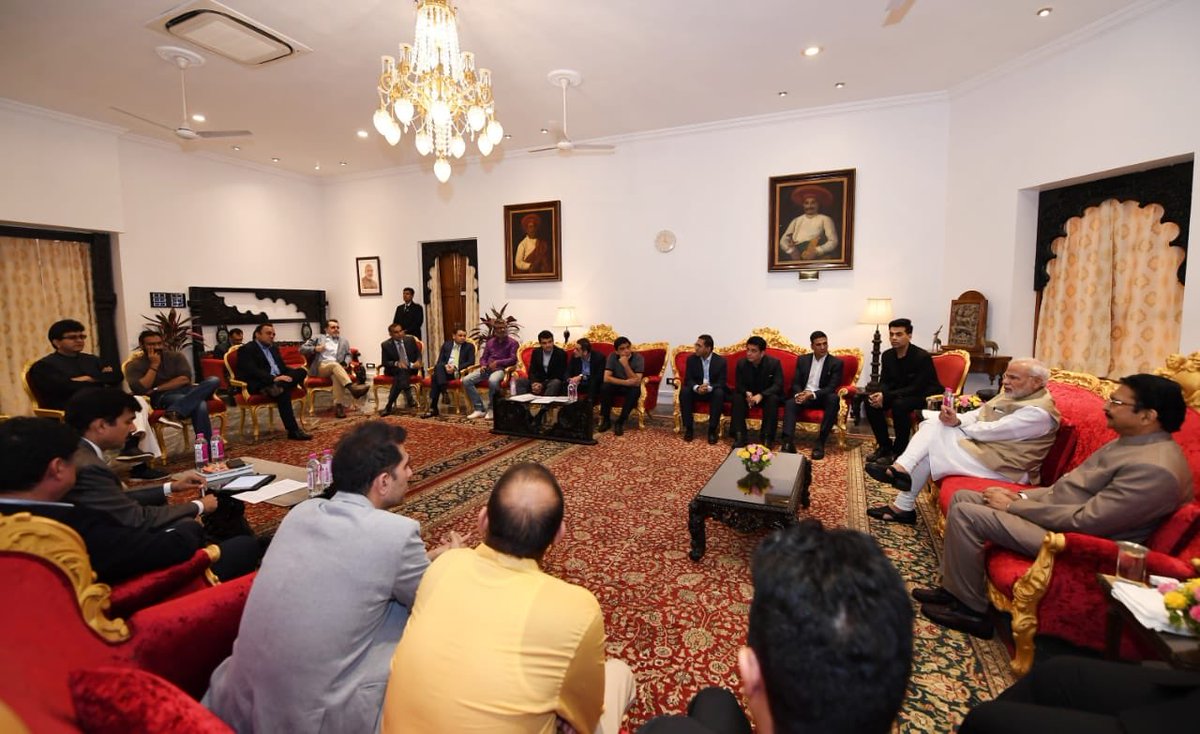 Indian Prime Minister Narendra Modi met with a delegation of Bollywood artistes to discuss issues and problem within the industry. There’s one problem though – there were no women present.

As per photos shared on social media, the delegation consisted of 18 men and zero women.

Indian media reports said the panel included Ajay Devgn, Siddharth Roy Kapur, Ritesh Sidhwani, Karan Johar, Akshay Kumar and members of Central Board of Film Certification (CBFC) among others from the industry. Akshay Kumar took to Twitter to thank Modi for hosting them, and was met with a lot of backlash from people who have had it with ‘manels’.

It’s important to note that this year has seen an unprecedented “clean-up” in Bollywood following a series of sexual harassment accusations against some men in the industry. These include celebrated actor Nana Patekar, film-maker Sajid Khan and Vikas Bahl. Many filmmakers and actors have distanced themselves from those accused.

Aamir Khan, who called the exploitation of women in the film industry rampant, even pulled out of Mogul, a biopic of Gulshan Kumar, with film-maker Subhash Kapoor, who has been accused of sexual assault by actress Geetika Tyagi back in 2014.

Actor Dia Mirza was quick to point out the glaring absence of women:

This is wonderful! Is there a reason why there were no women in this room? @akshaykumar https://t.co/oO9teT3Gyi

The director of Lipstick Under My Burkha spoke true words: It’s 2018, ya’ll.

Would be great to have female representation in these delegations. It is 2018. https://t.co/HoxGbptgwX

Activists, filmmakers, writers and others expressed their disappointment:

Wait! A #Bollywood delegation meeting PM Modi has no woman member, Not a Single One! Even #misogyny must be feeling less misogynist than these MCPs! #NoCountryForWomen? https://t.co/GmDV26zQCt

Akshay Kumar shares this image, as Indian film industry meets PM Narendra Modi to discuss problems pertaining the industry. Note, how a 100 year old industry has no women representation in the room. Not one single woman. Not one.

Talk of #Feminism when the mics are on. https://t.co/9imgejdmWR

Were the women from the Indian film industry not invited to this boys club party (because there are no issues pertaining to them) or did they refuse to go? I really want to know why women producers, spokeswomen and actresses are missing in this esteemed gathering? https://t.co/WyhVyvw78o