‘Koffee With Karan’ teasers continue to make us cringe 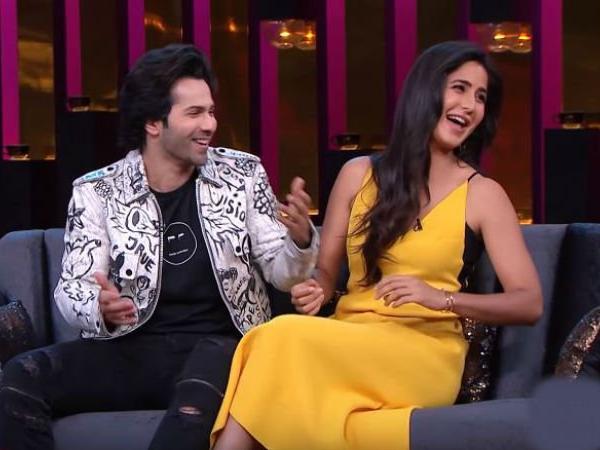 KARACHI: Karan Johar’s hit show Koffee With Karan is in its sixth season now, and has already aired three episodes, starring the who’s who of Bollywood.

The season kicked off with Deepika Padukona and Aalia Bhatt on the couch. The episode’s teaser, however, killed any excitement we had about watching interview.

Despite saying he was starting his season with “girl power”, the clip showed Johar asking the two actresses about Ranbir Kapoor, who happens to be Aalia’s current boyfriend and Deepika’s ex.

At a time when there has been an unprecedented movement regarding women’s rights, Johar decided to put out a teaser about two of arguably the biggest Bollywood actresses … and a shared love interest? They deserved more.

Read:‘Koffee with Karan’ boasts of opening with ‘girl power’ but goes straight into asking about boyfriends, marriage

Katrina Kaif will star as the third female guest in the fourth episode, the teaser for which is out already. And, wait for it, it is equally sexist.

Katrina will share the couch with Varun Dhawan, as seen in the teaser, and Johar doesn’t miss the opportunity to ask the actress: “Ya’ll look so good together. Have you considered Varun as an option?”

This is quickly followed by another question for Varun about Katrina. “So, do you think Katrina will marry Salman?”

While we understand that the show’s premise is gossip and discussing private lives of Bollywood stars, why is it that marriage and boyfriends come up as the ‘selling points’ of the episodes that include women?

Read:#MeToo in India: Aamir Khan says exploitation of women in Bollywood is rampant and heartbreaking