Ali, who has been diagnosed with terminal cancer, talks about staying positive even when life throws you a curveball 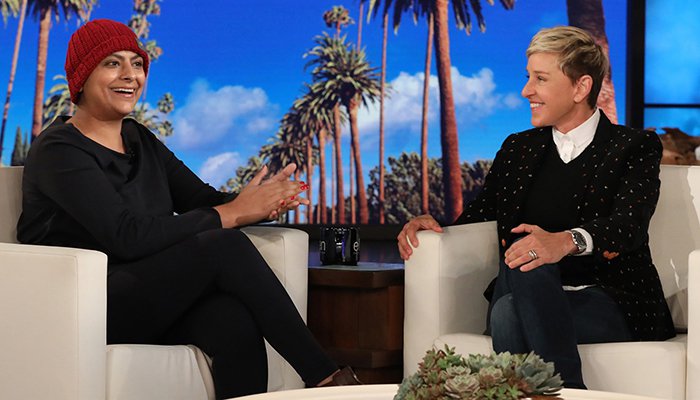 KARACHI: Pakistani Top Chef contestant Fatima Ali was diagnosed with terminal cancer last month but she is determined to live life like the rest of us should – to the fullest.

Not so long ago. Sometimes I can’t remember what she felt like. #fuckcancer

Sharing her story on the The Ellen DeGeneres Show, the 29-year-old, who moved to New York at the age of 18, said she was diagnosed with Ewing’s Sarcoma, a rare form of bone cancer, in 2017. She was initially told she was cancer-free after undergoing chemotherapy and surgery. However, in September the cancer came back and had spread.

Fatima Ali who was voted “fan favorite” during her stint on Top Chef revealed that doctors had told her she only had one year to live.

When asked about her bucket list for the coming year, she said that it mostly involved food and travel.

I still can’t believe this is real, but it is. I’ll be on @theellenshow today at 3/4pm (check your local network time). And if you want to know where my Beenie is from, check out @artsavvy page. ✌🏽#theellenshow #ellendegeneres #bff

“I have so many restaurants I want to go to around Europe,” she said. “Go to Italy. Go to France. Go to Spain. Go to South Africa … go on a safari. So many things I want to do,” she said. “I’m so looking forward to this next year because I’m surrounded with so much positivity,” she went on to say. “I’m so lucky to have friends and family like I do.”

To this, DeGeneres said that we should all be living like that because none of us know what tomorrow holds.

Ali’s co-stars on Top Chef have set up a GoFundMe page to support her travels. Any funds that she does not use will be donated to the Sarcoma Foundation of America.

“Fati wrote a poignant article in Bon Apetite Here detailing her hopes of spending this year living, and finally getting to eat at the restaurants she has dreamed of (from casual places in Queens to Noma in Copenhagen).

Let’s join together in helping Fati experience all that life has to offer this year. She has so bravely and courageously shared so much of herself with us, inspiring so many to keep fighting and reminding us to appreciate life. Let’s help her get the most out of the life she has been given!”

At the end of the interview, DeGeneres surprised Ali with a check for $50,000 from Shutterfly to help ensure that she experiences everything she wants to.