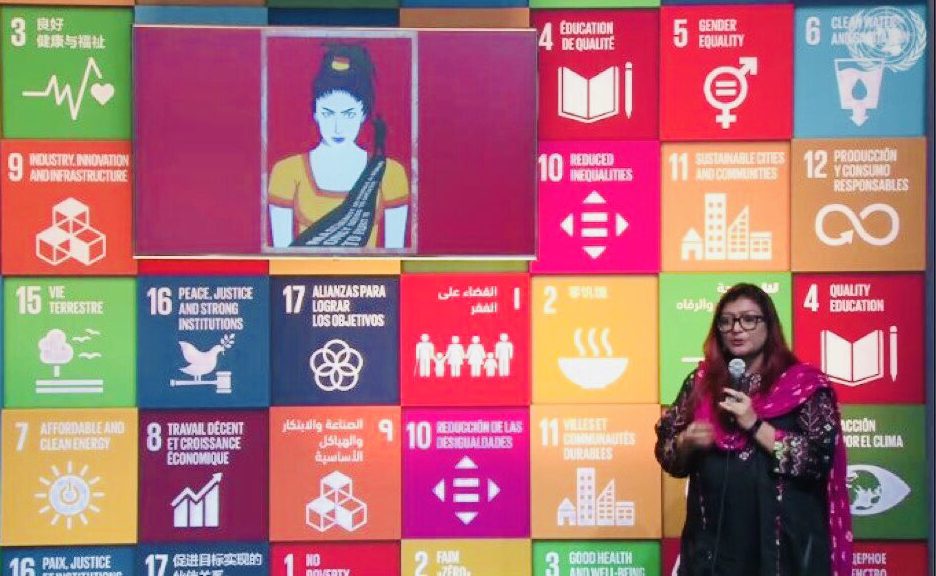 As reported by Forbes, the entrepreneurs were selected based on their presentations at the UN Solutions Summit which was hosted alongside the UNGA. The summit, launched in 2015, “showcases entrepreneurial solutions helping to achieve the UN’s Sustainable Development Goals (SDG’s)”.

The Solutions Summit team had received over 1,000 applications from startups, NGOs and social enterprises around the world, according to Forbes. Out of those, DRF was among those who were allowed to present their solutions to the world.

DRF is a research-based not-for-profit organisation which defends online freedom of expression and advocates women’s right to privacy in the digital world. Dad, a laywer by profession, set up DRF in 2012 to help women escape honor killings, online violence and to fix negative online images of them.

We are covered in @Forbes among The Top 10 Entrepreneurs At The UN General Assembly. @DigitalRightsPK is one of them <3 https://t.co/f8mZTndRTA #UNGA2018 @shift7 @unfoundation #innovationsummit #SDGs

And many came forward to congratulate her and commend her work:

Congratulations to fellow #femaleLawyer @nighatdad and her entire team @DigitalRightsPK for this accolade. You guys are making an invaluable contribution through your work and we wish you more success in days to come. https://t.co/9oLKF3j4Xr

Congratulations to @NighatDad and the @DigitalRightsPK team on being named among the Top 10 Entrepreneurs at the UN General Assembly! #UNGA2018 https://t.co/UX3inppey1

Last year, Dad was also invited to give a TED talk on how Pakistani women are taking the Internet back.

We wish Dad all the best for all her future endeavors!