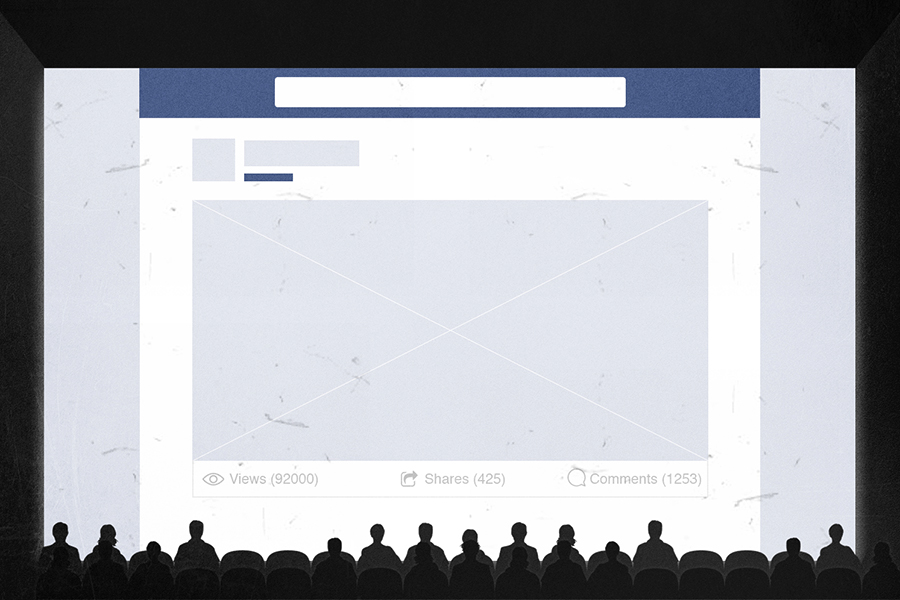 KARACHI: Sara* was 18 years old when her naked images were leaked online. An intermediate student at the time, she had to drop out of college because the shame that she felt as a result was too difficult to deal with. The culprit was her ex-boyfriend who had created a fake Facebook profile with her name and information and, without any warning, released pictures he had saved during all the times the couple had engaged in phone sex. His reason for leaking the pictures? He wanted to ‘teach her a lesson’ for ending things with him.

“I was scared beyond words,” recalls Sara, who is now 22 and works at a call center in Karachi. “I was so ashamed. I felt like my life was over and I’d be lying if I said the thought of ending it hadn’t crossed my mind,” she goes on to say as she rubs her sweaty palms together, her voice breaking mid-sentence.

Unfortunately, Sara’s is not a standalone case. In fact, such cases are quite common, especially in a patriarchal society like ours because, essentially, it’s a power play.

“You may trust your partner enough to share intimate photos, videos and information with them, but ask yourself: will I still trust this person if the relationship ends?”

A research study on online violence conducted by the Digital Rights Foundation in May 2017 found that 70% of the female respondents were afraid of putting their own photos online because they were scared of them being misused.

Reema*, 23, who is doing her bachelors in social sciences, corroborates this finding by sharing her personal experience. “When I was in school, someone created fake Instagram profiles of a lot of students, both girls and boys, just for the heck of it,” she says. She recalls how the person, whose identity was never revealed, was thorough in a way that no one could tell the profiles were fake. “One day, I got a follow request from an account that looked exactly like my friends so I accepted it,” says Reema. What followed was another pop up profile with Reema’s photos and information.

“I was so traumatised by this incident that it’s been five years since then but I’m still paranoid about accepting follow requests,” she adds.

But what is the consent protocol of photos exchanged privately with a trusted partner?

Speaking on the matter, Digital Rights Foundation founder Nighat Dad maintains that there’s a massive lack of understanding on what constitutes as ‘consent’ in our society, not only online but offline as well. “A woman may consensually share intimate photos with her partner but that does not mean she is consenting to having those photos made public,” she explains.

The Cyber Harassment Helpline report, released by her organisation in March 2017, further highlights the gravity of the situation. Of the 513 complaints received by the helpline over a four-month period, the majority of them were against fake profiles. Blackmail and non-consensual use of information were also high up on the graph.

Although men are also often victims of this kind of cyber harassment, it’s mostly women who are affected more and have graver consequences, especially in a country like Pakistan, where honour killings are rife. “We receive so many calls on our helpline where the girl is psychologically affected by this,” says Dad. “They are scared that their brothers or fathers might find out and kill them,” she adds.

Dad believes that to break down digital consent, we must see the larger picture. “Patriarchy is at the heart of this crisis of consent we are facing,” she states. “In our country, people don’t even grasp the concept of marital rape so how will they understand that it’s wrong to leak your ex-girlfriend’s pictures online?”

“I was so ashamed. I felt like my life was over and I’d be lying if I said the thought of ending it hadn’t crossed my mind”

She also pointed out the flawed depiction of romance in Pakistani dramas and Bollywood films. “A guy, who is clearly a stalker, and refuses to take no for an answer is the ultimate hero,” she says, all the while chuckling at the irony of it all.

For Farah*, who is 17 and is currently studying for her A level exams, this particular depiction resonates at a personal level. “One of my friends – yes I would call him a friend – was in to me but I didn’t feel the same way,” she tells Cutacut in an interview. “I repeatedly told him I wasn’t interested but he kept doing weird things in an attempt to woo me,” she says. “It was all very filmy. It led to a lot of my friends comparing him to Shah Rukh Khan’s character in the movie Darr.” And it seemed like all fun and games at the time until it wasn’t anymore. Farah’s ‘friend’ and classmate hacked her Facebook profile and used her account to send messages to every guy on her list, offering them sex.

Dad says everyone should be cautious at all times. “Start making informed decisions and beware of your digital shadow,” she says. You may trust your partner enough to share intimate photos, videos and information with them, but ask yourself: will I still trust this person if the relationship ends?

Two years on, Sara sits in a local cafe, her face bearing no sign of the trauma she underwent. She describes herself as having become “two years older and 100 years wiser” as she rehashes details of her failed relationship and the unexpected turn it brought with it. “When I now look at a couple that parts ways in a civil fashion, I admit I’m rather shocked. Subconsciously, I feel every guy will do to a girl what was done to me.”

*Some names have been changed to protect identities