And I'm still not over it, tbh. 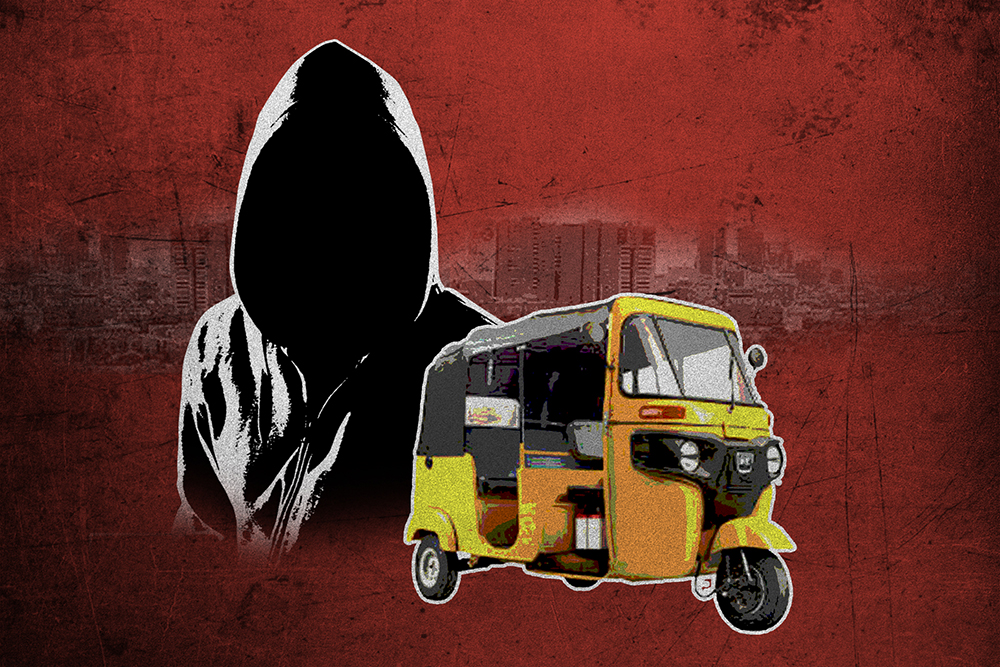 KARACHI: Til yesterday, Karachi was a safe city for me where I could roam around freely. Now, I’m not so sure.

I was on my way back from Orangi Town at 7:30 in the evening, where I had gone to shoot a documentary. I decided to take a rickshaw home, which would have been about a 10 minute ride from the Board Office Road, Nazimabad. I hailed the first rickshaw I saw and after some haggling managed to get a ride home for Rs80.

I was feeling pretty good about saving money by not getting an online cab service, when the driver of the rickshaw took a curious turn.

We had crossed the driving license office in Nazimabad and were supposed to go straight. But he turned left onto a deserted street with no street lights.

“We had to go straight” I told him, panicking just a little. “Yeah yeah, there’s someone over here I have to see,” he said calmly. But there was nobody in sight.

I argued, insisting we head back to the main road. But he kept going. In complete darkness. Apparently his headlights weren’t working either.

“My friend is somewhere around here, I just need to speak to him for five minutes,” he said, changing his statement.

I tried giving him the benefit of the doubt one last time.

He turned to me and smirked said: “Don’t worry; I’m not trying to kidnap you”.

This is when that little panicked feeling turned into utter fright.

I immediately jumped out of the moving vehicle and ran for my life.

I ran like an athlete running his last marathon. When I paused to breathe and look back, I saw him make a u-turn. Suddenly there were two other men dressed in shalwar kamiz who appeared out of thin air and all three were now chasing me. The driver yelled “catch him” I’m assuming to the other two men. But I ran like the wind. I crossed the street so they couldn’t reach me. But the driver parked his rickshaw and waited for me on the other side of the road.

Some people saw me running and one guy on a bike, God bless him, came and parked his bike right in front of the rickshaw. I screamed from the other side of the road. “He is trying to kidnap me,” I said. I was worried of being in close proximity of him so he couldn’t point a weapon at me. But I mustered some courage to go up to the biker and asked if he could give me a lift to someplace nearby from where I could get another cab. He was furious on my behalf and even let out a few choice words at the rickshaw driver, threatening to have him arrested.

The driver defended himself by saying he was chasing me because I didn’t pay him for the ride. And so I did. I literally threw Rs500 towards his direction so he could leave me alone. The motorcyclist picked up my money and handed it back to me and paid the driver on my behalf.

He took me to his furniture shop near Eissa Nagri and offered me a glass of water. I sat there for a while till my nerves calmed down and my heartbeat came back to normal. He then asked one of his workers to drop me home but I refused, considering he had already helped me enough. Fifteen minutes later, I took another rickshaw home. The whole time my heart was in my mouth.